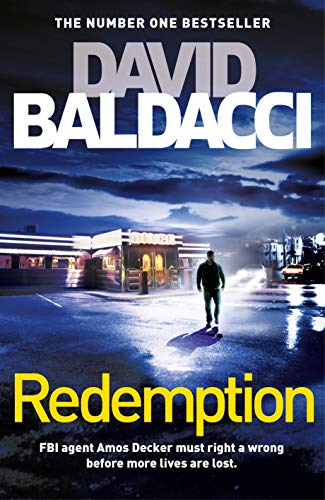 FBI consultant Amos Decker discovers that he may have made a fatal mistake when he was a rookie homicide detective. Back in his home town, he's now compelled to discover the truth . . .

Decker has returned to Burlington, Ohio, for a special reason. It would have been his daughter Molly's fourteenth birthday. Molly was brutally murdered four years ago in their home, along with his beloved wife, Cassie, and his brother-in-law.

But then Decker is tracked down by a man he'll never forget: Meryl Hawkins, his first homicide arrest more than twelve years ago. Hawkins has been in prison serving a life sentence but was recently released due to a terminal illness.

Decker now finds himself questioning what had seemed watertight evidence at the time - maybe he'd been a bit too keen to get that conviction? Could Hawkins really be innocent, as he's always claimed?

If so, the killer is still out there - with a possible connection to a new crime. As the body count rises, and Decker and his former partner Mary Lancaster dig deeper, it looks as though there's a lot more to what they thought was a closed case.

David Baldacci is one of the world's bestselling and favourite thriller writers. With over 130 million copies in print, his books are published in over eighty territories and forty-five languages, and have been adapted for both feature-film and television. David is also the co-founder, along with his wife, of the Wish You Well Foundation (R), a non-profit organization dedicated to supporting literacy efforts across the US.

CIN001020109
9781509874392
1509874399
Redemption by David Baldacci
David Baldacci
Amos Decker series
Used - Very Good
Hardback
Pan Macmillan
2019-04-18
432
N/A
Book picture is for illustrative purposes only, actual binding, cover or edition may vary.
This is a used book - there is no escaping the fact it has been read by someone else and it will show signs of wear and previous use. Overall we expect it to be in very good condition, but if you are not entirely satisfied please get in touch with us
Trustpilot