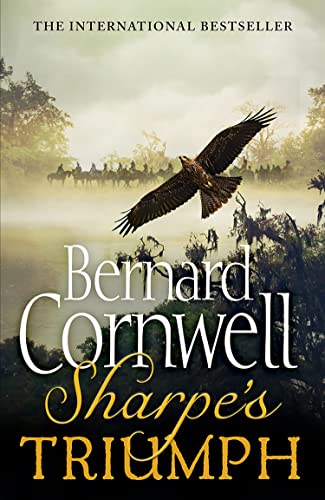 The paths of treachery all lead to the small village of Assaye. Outnumbered and outgunned, Wellesley, with a diminished British army, plunges his men into the white heat of battle. A battle that will make his reputation, and perhaps Sharpe's too.

GOR009648380
9780007425808
0007425805
Sharpe's Triumph: The Battle of Assaye, September 1803 (The Sharpe Series, Book 2) by Bernard Cornwell
Bernard Cornwell
The Sharpe Series
Used - Like New
Paperback
HarperCollins Publishers
20110915
400
N/A
Book picture is for illustrative purposes only, actual binding, cover or edition may vary.
The book has been read, but looks new. The book cover has no visible wear, and the dust jacket is included if applicable. No missing or damaged pages, no tears, possible very minimal creasing, no underlining or highlighting of text, and no writing in the margins
Trustpilot