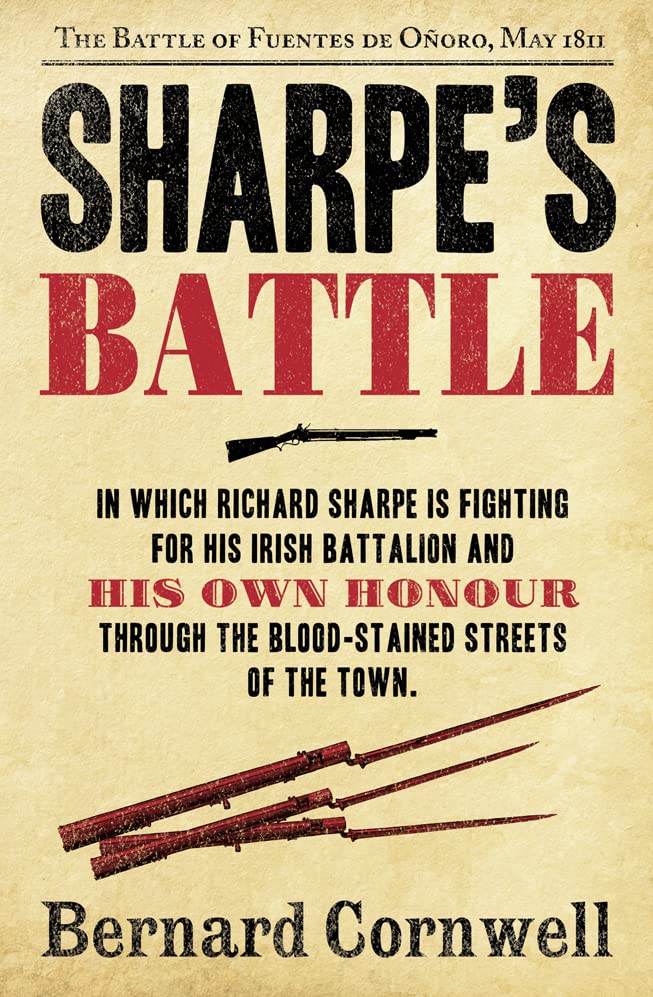 Richard Sharpe is fighting for his Irish battalion and his own honour through the blood-stained streets of the town.

Sharpe's Battle: The Battle of Fuentes de Onoro, May 1811 (The Sharpe Series, Book 12) by Bernard Cornwell

Richard Sharpe is fighting for his Irish battalion and his own honour through the blood-stained streets of the town.

Quartered in a crumbling Portuguese fort, Richard Sharpe and his men are attacked by an elite French unit, led by an old enemy of Sharpe's, and suffer heavy losses.

The army's high command blame Sharpe for the disaster and his military career seems to be ruined. His only hope is to redeem himself on the battlefield. So with his honour at stake, against an overwhelming number of French troops, Sharpe leads his men to battle in the narrow streets of Fuentes de Onoro.

GOR004919517
9780007452958
0007452950
Sharpe's Battle: The Battle of Fuentes de Onoro, May 1811 (The Sharpe Series, Book 12) by Bernard Cornwell
Bernard Cornwell
The Sharpe Series
Used - Very Good
Paperback
HarperCollins Publishers
2012-03-01
384
N/A
Book picture is for illustrative purposes only, actual binding, cover or edition may vary.
This is a used book - there is no escaping the fact it has been read by someone else and it will show signs of wear and previous use. Overall we expect it to be in very good condition, but if you are not entirely satisfied please get in touch with us
Trustpilot