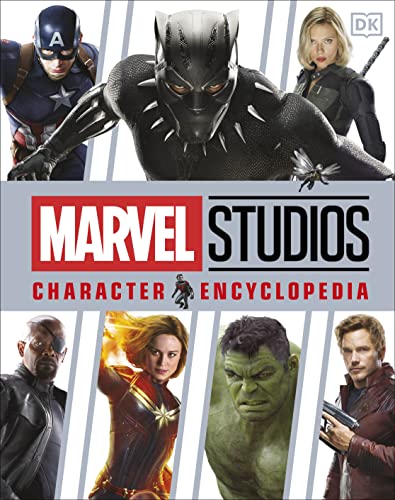 Avengers assemble! Destiny arrives in this children's character encyclopedia that tells you all about your favourite Marvel superheroes from the Marvel Cinematic Universe.

Whatever it is that you want to know, Marvel Studios: Character Encyclopedia will make you an instant Marvel Studios expert. Wondering what Thor's hammer is called, how Iron Man builds his suits, or who Thanos is? Let's find out!

From the original Iron Man film to Captain America: Civil War, and all culminating in the epic Avengers: Endgame, there's 10 years of film history jampacked into this one book. Explore the history of the Marvel Cinematic Universe in incredible detail and learn things you never thought you would.

Meet The Heroes And Villains Of The Marvel Cinematic Universe

These 208-scintillating full-colour pages are filled with character portraits and titbits are a marvel to behold! Discover the most fascinating facts about your favourite characters from the amazing Marvel Studios movies. From the mighty Avengers to their biggest villain, the infamous and terrifying Mad Titan, Thanos!

Inside you'll find information on all the Avengers, their greatest adversaries, and more characters from across the entire Marvel Cinematic Universe. Learn the facts, figures, super-powers and origins of your favourite characters. From Ant-Man and the Wasp to Black Panther and Doctor Strange, this book spans over a decade of action-packed Marvel Studios movie releases.

Filled with interesting facts and key information, whether your favourite Marvel character is Captain America, Hulk, Thor, Iron Man, Captain Marvel or Scarlet Witch, you'll be able to find out all about their story, super-powers, weapons, and much more. It isn't only Earth's Mightiest Heroes you'll find in this book; this book includes powerful villains and their followers, sinister spies, brave soldiers, and even ordinary people who find themselves caught up in epic battles!

This educational book takes you on a journey through:
- The First Avenger, Captain America
- The Avengers biggest villains: Loki, Ultron and Thanos
- Thor and his hammer, Mjolnir
- The Guardians of the Galaxy
- And more of Earth's Mightiest Heroes

[A] handy hardback 'who's who?' book. * Home Cinema Choice *
As with all DK releases, the design is on point, and kudos should be given to the team... A handy reference guide to the who, what and when of the MCU. * Starburst Online *
NGR9780241357538
9780241357538
0241357535
Marvel Studios Character Encyclopedia by Adam Bray
Adam Bray
New
Hardback
Dorling Kindersley Ltd
2019-02-26
176
N/A
Book picture is for illustrative purposes only, actual binding, cover or edition may vary.
This is a new book - be the first to read this copy. With untouched pages and a perfect binding, your brand new copy is ready to be opened for the first time
Trustpilot