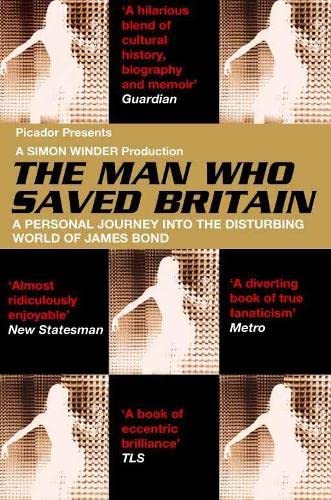 A wry and entertaining history of our relationship with that quintessential British hero: the legendary Agent 007

`This is a brilliant look at the British Empire, and its fall, as reflected in the gadget-filled, babe-bagging, martini-swilling, world-saving career of James Bond. It's utterly unique. Sly, funny, occasionally sad, a wild mix of cultural history, film criticism, and memoir in which the author, trying to fathom the disorienting collapse of his parents' world, finds the key in the somewhat daft (Winder's word) creation of Ian Fleming. It burns from beginning to end' Rich Cohen, author of Sweet and Low

`Winder pulls it off with fizzing enjoyment . . . His talent for pitch-perfect depreciative comedy fully justifies this aim. When he's not Swift, he's Twain' Sunday Telegraph

`A hilarious blend of cultural history, biography and memoir' Guardian