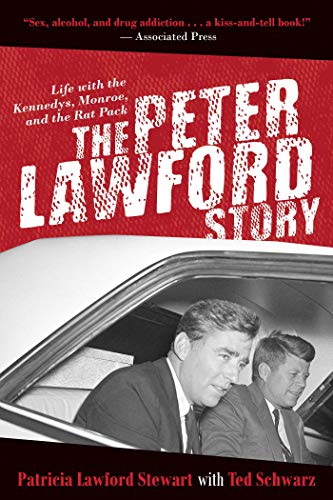 The Peter Lawford Story: Life with the Kennedys, Monroe, and the Rat Pack Patricia Lawford Stewart

As the brother in law to JFK and a member of the Rat Pack, Peter Lawford was one of America's most acclaimed movie stars.

Lawford led an extraordinary life. His story, as told by the woman who knew him best, is the always candid, sometimes shocking unveiling of the most intriguing show business personalities and significant political events of our time.

Now fully updated and revised for 2014 this is a must read for anyone interested in Hollywood, film, and celebrity gossip.

Skyhorse Publishing, along with our Arcade, Good Books, Sports Publishing, and Yucca imprints, is proud to publish a broad range of biographies, autobiographies, and memoirs. Our list includes biographies on well-known historical figures like Benjamin Franklin, Nelson Mandela, and Alexander Graham Bell, as well as villains from history, such as Heinrich Himmler, John Wayne Gacy, and O. J. Simpson. We have also published survivor stories of World War II, memoirs about overcoming adversity, first-hand tales of adventure, and much more. While not every title we publish becomes a New York Times bestseller or a national bestseller, we are committed to books on subjects that are sometimes overlooked and to authors whose work might not otherwise find a home.
Ted Schwarz has written and coauthored more than 100 books. Among his bestselling titles are The Peter Lawford Story, The Kennedys: The Third Generation, and Rose Kennedy and Her Family.