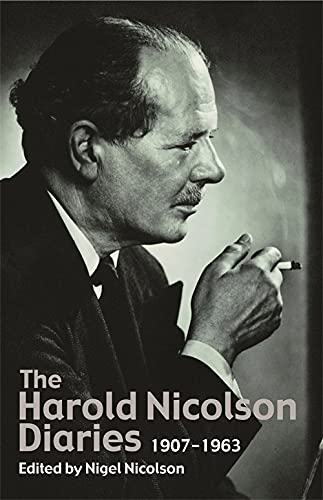 One of the great 20th century political diaries

Harold Nicolson was one of the three great political diarists of the 20th century (along with Chips Channon and Alan Clark). Nicolson was an MP (Conservative, 1935-45, who also flirted with Labour after WWII). He had previously been in the Foreign Office and attended the Paris Peace Conference in 1919, and material from his period is included in this new edition for the first time.

Nicolson never achieved high office, but rarely a day went by when he didn't record what was going on at Westminster. He socialised widely, was married to the poet and author Vita Sackville-West, and together they created the famous garden at Sissinghurst. Both were bi-sexuals and had affairs outside their marriage. This new edition also draws on diary entries and letters previously considered too sensitive for inclusion.

The diversity of Harold Nicolson's interests and the irony in his writing make his diary a highly entertaining record of his life and times, as well as a document of great historical value.