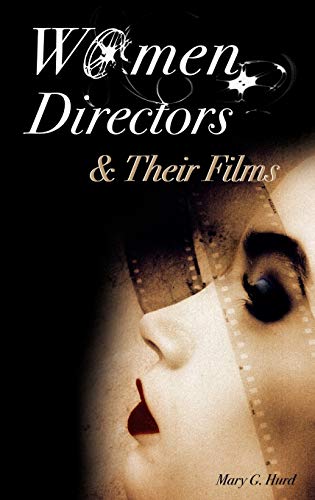 Although women may have found greater film success in the areas of screenwriting, editing, design, and producing, there have certainly been many whose contributions as directors are quite significant. This guide to their careers and films profiles the most noteworthy. Chapters are divided into two segments: biographical and critical.

Although women may have found greater film success in the areas of screenwriting, editing, design, and producing, there have been many women whose contributions as directors have been quite significant. In this guide to their careers and films, author Mary Hurd profiles the most noteworthy-from Barbara Kopple and her classic work in the documentary form, to Nora Ephron's insightful retellings of Hollywood's classic stories, to Sophia Coppola's current success in Hollywood. Women Directors and Their Films fills an important gap in the literature on the subject, offering a combination of biographical material and film analysis that effectively summarizes and encapsulates the life's work of these very different, very talented women.

Hurd offers a representative survey of 29 women who became directors in a film industry (both in the US and abroad) that never welcomes women directors. She begins with Dorothy Arzner, who transitioned from silents to talkies and directed 17 Hollywood films, and Ida Lupino, an accomplished actor who directed films noirs and other film genres along with many television shows from 1949 to 1966. Toward the end of the 20th century, Hollywood was finally accepting women directors for mainstream films, and in this era Hurd discusses Nora Ephron, Kathryn Bigelow, Mimi Lederer, and others. In looking at independent, experimental, and documentary film, Hurd lists experimenter Maya Deren, Mary Harron and her wonderfully bizarre films, and documentarian Barbara Kopple. A chapter on international film highlights Jane Campion, Agnes Varda, Leni Riefenstahl and her beautifully edited Nazi documentaries, and Lina Wertmuller with her satiric comments on masculine ego and its drive for power. A newcomers chapter lists four, including Sofia Coppola, and an actor-turns-director chapter includes Anjelica Huston, Penny Marshall, Barbra Streisand, and Elaine May. A feminist perspective is evident throughout, and Hurd also analyzes the industry's financial evaluation of the directors....Recommended. All collections; all levels. - Choice
Fundementally, this book is about the stories women tell and the ways in which they tell them, which should be of interest to a broad readership. What distinguishes this volume from its predecessors is that it allows the filmic narratives to represent the directors, with a muted critical or scholarly voice. An accurate and concise collection of biographies and plot summaries of each director's major contributions, Women Directors & Their Film is an excellent springboard for the scholar or film enthusiast looking for a point of entry into the works of women filmmakers....The strenght of this collection is the juxtaposition of such a spectrum of filmmakers which provokes the reader to make evocative connections. - American Book Review
Women Directors and Their Films will thrill movie buffs and feminists alike. This comprehensive guide, which provides the perfect combination of film analysis and biography, features a wide array of artists--from industry pioneers like Ida Lupino to independent directors like Allison Anders and international filmmakers like Jane Campion. While perusing its pages, you'll no doubt discover a slew of new directors, whose films will add some new much-needed spice to your run-of-the-mill Netflix queue. - ZINK
Hurd profiles 29 women film directors, offering biographical information and critical discussion of their works for each. She begins with the pioneering figures of Dorothy Arzner and Ida Lupino. Mainstream figures such as Nora Ephron, Amy Heckerling, and Martha Coolidge are discussed next, followed by independent, experimental, and documentary film directors, including Lizzie Borden, Allison Anders, Penelope Spheeris, and Barbara Kopple. Non-American directors (including Leni Riefenstahl), emerging directors, and actresses turned directors are examined in the final chapters. - Reference & Research Book News

Mary G. Hurd is Director of Film Studies at East Tennessee State University. She has been a contributor to major reference works from Oxford University Press and Salem Press.