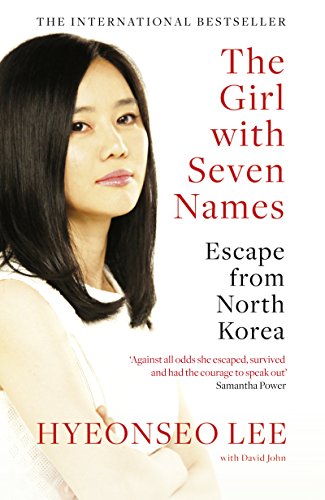 An extraordinary insight into life under one of the world's most ruthless and secretive dictatorships - and the story of one woman's terrifying struggle to avoid capture/repatriation and guide her family to freedom.

An extraordinary insight into life under one of the world's most ruthless and secretive dictatorships - and the story of one woman's terrifying struggle to avoid capture/repatriation and guide her family to freedom.

As a child growing up in North Korea, Hyeonseo Lee was one of millions trapped by a secretive and brutal communist regime. Her home on the border with China gave her some exposure to the world beyond the confines of the Hermit Kingdom and, as the famine of the 1990s struck, she began to wonder, question and to realise that she had been brainwashed her entire life. Given the repression, poverty and starvation she witnessed surely her country could not be, as she had been told "the best on the planet"?

Aged seventeen, she decided to escape North Korea. She could not have imagined that it would be twelve years before she was reunited with her family.

'The most riveting TED talk ever' Oprah

'A sad and beautiful story of a girl who could not even keep her name, yet overcame all with the identity of what it is to be human' Jang Jin-sung, author of 'Dear Leader'

'Stirring and brave ... true, committed, unvarnished and honest. Lee has made her own life the keyhole to the present, inside and outside of North Korea' Scotsman

Hyeonseo Lee grew up in North Korea but escaped to China in 1997. In 2008, after more than 10 years there, she came to Seoul, South Korea, where she struggled to adjust to life in the bustling city. Recently graduated from Hankuk University of Foreign Studies, she has become a regular speaker on the international stage fostering human rights and awareness of the plight of North Koreans. She is an advocate for fellow refugees, even helping close relatives leave North Korea. Her TED talk has been viewed nearly 4m times. She is married to her American husband Brian Gleason and currently lives in South Korea.