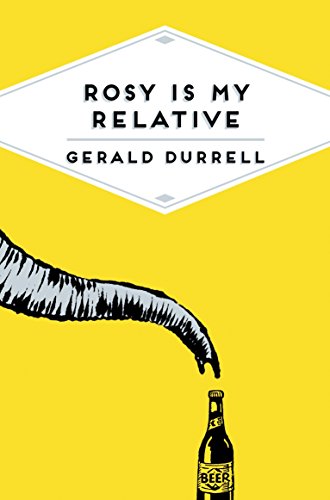 Rosy Is My Relative Gerald Durrell

From the author of My Family and Other Animals, Gerald Durrell, one of Britain's best loved authors and pioneering naturalists.

Rosy Is My Relative Gerald Durrell

Written with Gerald Durrell's usual sharp eye for observing humour in any situation, Rosy Is My Relative will delight fans both old and new.

At the age of thirty, Adrian Rookwhistle's life hasn't quite turned out the way he'd have hoped. Working an unfulfilling job as a clerk in the city and living under the tyranny of his fearsome landlady, he can't help but think that there is more to life.

However, all of this suddenly changes when he receives a curious letter from his dying uncle who has bequeathed him GBP500 and an elephant by the name of Rosy who has a seemingly unquenchable thirst for liquor. At a loss of what to do with his unexpectedly gargantuan - and rarely sober - inheritance, Adrian sets forth on a journey believing to have the answer to his dilemma; he'll give her away to the circus.

Together Adrian and Rosy carve a trail of destruction through the peaceful countryside of southern England, meeting a curious cast of misfits along the way. Drunk or sober, Rosy spreads chaos in her wake, until the full weight of the law finally catches up with her . . .

Gerald Durrell was one of Britain's best loved authors and pioneering naturalists. His books, such as the bestselling My Family and Other Animals which celebrated its 60th Anniversary in 2016, continue to entertain generations of children and adults alike. His early family life forms the basis for the ITV drama, The Durrells. The Durrell Wildlife Conservation Trust is an international conservation charity with headquarters in Jersey, UK.

'A renegade who was right . . . He was truly a man before his time' - Sir David Attenborough