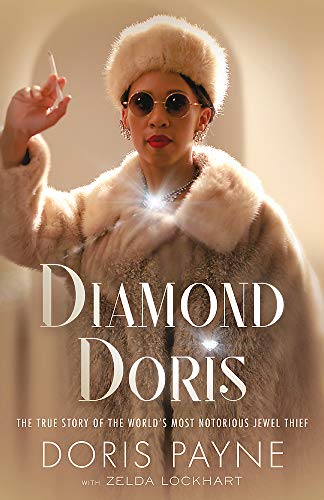 The incredible memoir of the world's most notorious jewel thief, Doris Payne; shocking, entertaining, hilarious and affecting, this is the true crime autobiography you cannot miss.

This is the sensational and compelling memoir of the world's most notorious jewel thief - a woman who defied society's prejudices and norms to carve her own path, and live out her dreams.

She stole diamonds from the people who underestimated her, she exploited the men who tried to domesticate her, and she consistently defied society's assumptions and prejudices to create a new life for herself. For fans of Catch Me If You Can, The Wolf of Wall Street and Molly's Game, this is the newest must-read crime autobiography.

Growing up during the Depression in the segregated coal town of Slab Fork, West Virginia, Doris Payne was told her dreams were unattainable for poor black girls like her. Surrounded by people who sought to limit her potential, Doris vowed to turn the tables and neither racism nor poverty would hold her back.

Using her southern charm, quick wit, and light fingers as her tools, Payne began shoplifting small pieces of jewellery from local stores. Over the course of six decades, her talents grew with each heist. Becoming an expert world-class jewel thief, she daringly pulled off numerous diamond robberies whilst her boyfriend fenced the stolen gems to Hollywood celebrities.

A rip-roaringly fun and exciting story as captivating and audacious as Ocean's 8 and as honest and compelling as Hidden Figures - Diamond Doris is the portrait of a captivating anti-hero who refused to be defined by the prejudices and mores of a hypocritical society.

Payne's storytelling voice is easy and intimate. . . .You want to cheer for Payne. . . . She's stolen yet another thing. Your heart. * New York Times *
Payne's story has made her life irresistible * Atlanta Journal-Constitution *
Payne's personal charm is clearly evident on every page. Engaging reading about an elegant modern-day Robin Hood. * Kirkus *
This astonishing memoir by a daring and prolific African American jewel thief reads like a thrilling caper novel, even as it reveals hard truths. . . . At the core of this incredible tale, a sassy catch me-if-you-can told from a Black female's perspective, is a defiant and relentless woman who will do anything to go against what is dictated by her skin colour and socioeconomic status. * Booklist *
Doris Payne (Author)
Doris Payne was born in Slab Fork, West Virginia. She is the daughter of a coal miner and the youngest of six siblings. Her career as an international jewel thief spans 6 decades.