Behind the Crown Arthur Edwards 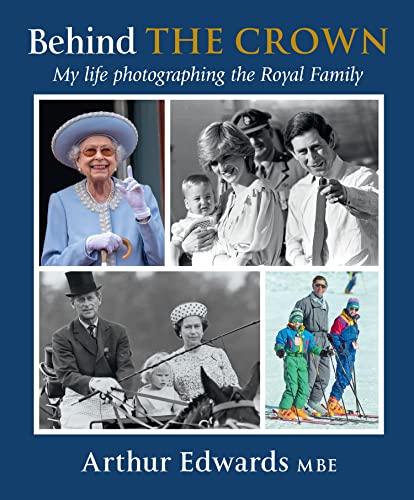 Behind the Crown Arthur Edwards

Behind the Crown: My Life Photographing the Royal Family Arthur Edwards

For 45 years I've chronicled the Royal Family for the Sun newspaper with my camera. I've witnessed their triumphs and disasters, their laughter and tears, when they've found love and when their relationships splinter. I'm there when they emerge from the maternity wing as wailing newborns and I'm there again when they marry before a joyous nation. And when they're laid to rest on those solemn occasions that this country marks so well, I'm on hand to capture history being made.

Arthur Edwards has been the Sun's Royal Photographer for over 45 years; the longest-serving of any newspaper. Originally from the East End of London, he is the man behind the most iconic photographs of the most famous family in the world. With commensurate skill and unprecedented access, he has captured the candid moments when protocol is put aside, revealing the true personalities behind the Crown.

This beautiful book is a treasure trove of glorious photography, along with Arthur's own warm recollections of the stories behind his iconic shots. It is the perfect glimpse behind the scenes of the last 50 years of the British monarchy, from a truly unique perspective.

Arthur Edwards, MBE is a British photographer working for the Sun newspaper, who specialises in pictures of the British Royal Family, covering over 200 royal tours in over 120 countries, seven royal weddings, four funerals and seven births. Born in 1940 in London, he joined the Sun in 1977 and has been with them ever since. He appeared as a castaway on Desert Island Discs in 2011 and was made an MBE for 'outstanding service to newspapers'. Not bad for an East End lad who left school at 15.