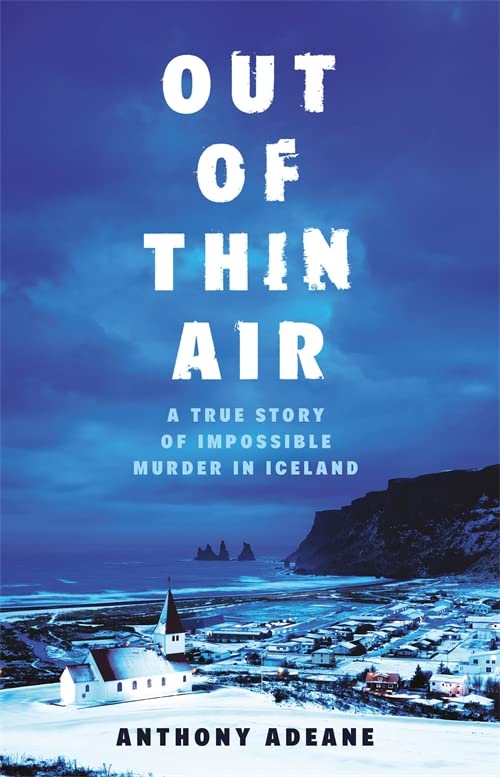 Out of Thin Air Anthony Adeane

The bizarre true crime case that has gripped Iceland for four decades.

Out of Thin Air: A True Story Of Impossible Murder In Iceland Anthony Adeane

Every Icelander knows about the Gudmundur and Geirfinnur disappearances.

1974. In two separate incidents, two men vanished into thin air. Then, out of it, came six murder confessions and six convictions. Yet, in the decades that followed, these too evaporated.

Anthony Adeane explores the stranger-than-fiction story that has unravelled in Iceland across forty-five years. He provides the first full account of the case, paints a fascinating picture of the country, and places each development in the contexts that shaped them: from the Cod Wars to the Cold War, the 2008 economic crash and beyond.

Using unprecedented access, and exploring his own personal obsession with the case, he exposes the mistakes that were made, the lives that were ruined, the questions that remain unanswered, and the headlines that continue to be printed.

Out Of Thin Air is at once a brilliant portrait of a society, a story of a shocking miscarriage of justice and a compelling true crime narrative.

Reads like a great thriller. Incredibly interesting, even for someone from Iceland, where this mystery has been a part of the nation for decades * Ragnar Jonasson, bestselling author of the Dark Iceland crime series *

Anthony Adeane is a journalist based in London.

He pitched the idea for a documentary about the Gudmundur and Geirfinnur disappearances to an independent production company in Autumn 2014 and then worked with them over the next three years, travelling back and forth to Iceland to conduct interviews with those involved, and to learn more about this fascinating country.

He has since built up a vast network of contacts, including the main suspects, the police who first investigated the disappearances, and the journalists who made their names with this story.