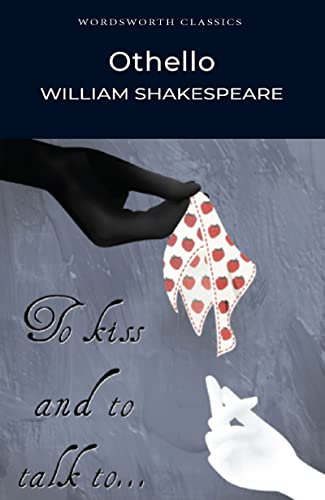 Desdemona's love for Othello, the Moor, transcends racial prejudice; but the envious Iago conspires to devastate their lives. This novel renders racism, sexism, contested identities, and the savagery lurking within civilisation.

The Wordsworth Classics' Shakespeare Series, with Henry V and The Merchant of Venice as its inaugral volumes, presents a newly-edited sequence of William Shakespeare's works. The textual editing takes account of recent scholarship while giving the material a careful reappraisal.

Othello has long been recognised as one of the most powerful of Shakespeare's tragedies. This is an intense drama of love, deception, jealousy and destruction. Desdemona's love for Othello, the Moor, transcends racial prejudice; but the envious Iago conspires to devastate their lives. In its vivid rendering of racism, sexism, contested identities, and the savagery lurking within civilisation, Othello is arguably the most topical and accessible tragedy from Shakespeare's major phase as a dramatist. Productions on stage and screen regularly renew its power to engross, impress and trouble the imagination.

GOR000501775
9781853260186
1853260185
Othello by William Shakespeare
William Shakespeare
Wordsworth Classics
Used - Very Good
Paperback
Wordsworth Editions Ltd
1992-05-31
176
N/A
Book picture is for illustrative purposes only, actual binding, cover or edition may vary.
This is a used book - there is no escaping the fact it has been read by someone else and it will show signs of wear and previous use. Overall we expect it to be in very good condition, but if you are not entirely satisfied please get in touch with us
Trustpilot