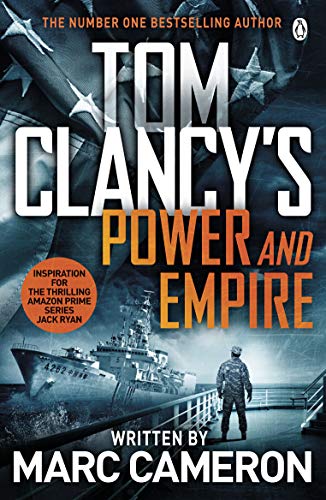 A NOOSE IS TIGHTENING AROUND PRESIDENT JACK RYAN'S AMERICA . . .

A container ship from Shanghai explodes on its approach to Seattle.

A US spy vessel in the South China Sea tangles with the Chinese navy.

As America is outmaneuvered by an increasingly bold President Zhou of China, Jack Ryan depends on the operatives of the Campus secret intelligence agency to plug the gaps between diplomacy and negotiation.

But as an international summit approaches, Ryan must face Zhou alone. What he doesn't know is that the secret mastermind plotting conspiracy and destruction has had the leader of the free world in his sights all along . . .

'Exhilarating. No other novelist is giving so full a picture of modern conflict'
Sunday Times

Exhilarating. No other novelist is giving so full a picture of modern conflict. * Sunday Times on Tom Clancy *
Fascinating characters with action off-the-charts. Masterful * Steve Berry on Marc Cameron *
A retired Chief Deputy U.S. Marshal, Marc Cameron spent nearly thirty years in law enforcement. His assignments have taken him from Alaska to Manhattan, Canada to Mexico and dozens of points in between. He holds a second degree black belt in Jujitsu and is a certified scuba diver and man-tracker. Cameron lives in Alaska.
GOR011001936
9781405934473
1405934476
Tom Clancy's Power and Empire: INSPIRATION FOR THE THRILLING AMAZON PRIME SERIES JACK RYAN by Marc Cameron
Marc Cameron
Jack Ryan
Used - Like New
Paperback
Penguin Books Ltd
2018-09-06
592
N/A
Book picture is for illustrative purposes only, actual binding, cover or edition may vary.
The book has been read, but looks new. The book cover has no visible wear, and the dust jacket is included if applicable. No missing or damaged pages, no tears, possible very minimal creasing, no underlining or highlighting of text, and no writing in the margins
Trustpilot