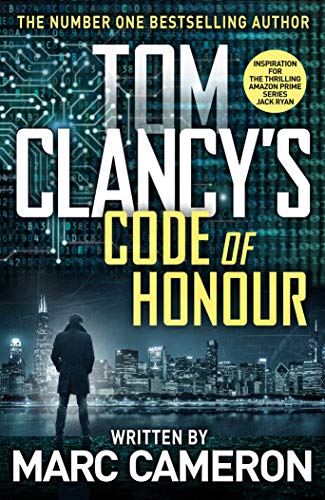 In Indonesia, an American gaming engineer is coerced into parting with cutting edge Artificial Intelligence software.

But in the wrong hands, it could wreak havoc . . .

A garbled message from his old friend Father Pat West warns President Jack Ryan of an impending technology crisis - and that Father Pat is in deadly danger.

With the Campus on the trail of the potentially destructive computer programme, Jack races to save his friend.

And time is running out, because his opponents back in Washington D. C. are itching for any opportunity for sabotage - could treason be brewing?

'Exhilarating. No other novelist is giving so full a picture of modern conflict' Sunday Times

'A brilliantly constructed thriller that packs a punch' Daily Mail

Praise for Tom Clancy * - *
Constantly taps the current world situation for its imminent dangers and spins them into an engrossing tale * New York Times *
Heart-stopping action . . . entertaining and eminently topical * Washington Post *
A virtuoso display of page-turning talent * Sunday Express *
Theres hardly another thriller writer alive who can fuel an adrenaline surge the way Clancy can * Daily Mail *
A retired Chief Deputy U.S. Marshal, Marc Cameron spent nearly thirty years in law enforcement. His assignments have taken him from Alaska to Manhattan, Canada to Mexico and dozens of points in between. He holds a second degree black belt in Jujitsu and is a certified scuba diver and man-tracker. Cameron lives in Alaska.
GOR010299235
9780241410707
0241410703
Tom Clancy's Code of Honour by Marc Cameron
Marc Cameron
Jack Ryan
Used - Very Good
Hardback
Penguin Books Ltd
2019-11-28
512
N/A
Book picture is for illustrative purposes only, actual binding, cover or edition may vary.
This is a used book - there is no escaping the fact it has been read by someone else and it will show signs of wear and previous use. Overall we expect it to be in very good condition, but if you are not entirely satisfied please get in touch with us
Trustpilot