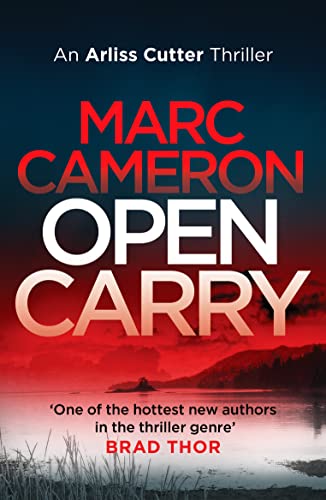 From the New York Times bestselling author of Tom Clancy: Code of Honor (The Jack Ryan Universe) comes the first in the acclaimed Arliss Cutter series set in the beautiful and deadly wilds of Alaska.

U.S. Marshal Arliss Cutter is a born tracker. After enlisting in the military and fighting in the Middle East, Cutter is sent to the icy wastelands of southeast Alaska.

Three people have disappeared on Prince of Wales Island. Two are crew members of the reality TV show, Alaska Adventure Jobs. The other is a Tlingit Indian girl who had the misfortune of witnessing their murders.

Cutter's job is to find the bodies, examine the crew's footage for clues, and track down the men who killed them. Easier said than done. Especially when the whole town is hiding secrets, the trail leads to a dead end - and the hunter becomes the prey.

A gritty thriller set in one of the toughest climates on Earth from master author Marc Cameron, perfect for fans of Lee Child, Mark Greaney and James Deegan.

A native of Texas, Marc Cameron has spent over twenty-nine years in law enforcement. His assignments have taken him from rural Alaska to Manhattan, from Canada to Mexico and points in between. A second degree black belt in jujitsu, he often teaches defensive tactics to other law enforcement agencies and civilian groups. Cameron presently lives in Alaska with his wife and his BMW motorcycle.

GOR012154735
9781800328389
1800328389
Open Carry by Marc Cameron
Marc Cameron
The Arliss Cutter Thrillers
Used - Very Good
Paperback
Canelo
20220214
384
N/A
Book picture is for illustrative purposes only, actual binding, cover or edition may vary.
This is a used book - there is no escaping the fact it has been read by someone else and it will show signs of wear and previous use. Overall we expect it to be in very good condition, but if you are not entirely satisfied please get in touch with us
Trustpilot