Jabberwocky and Other Nonsense Lewis Carroll 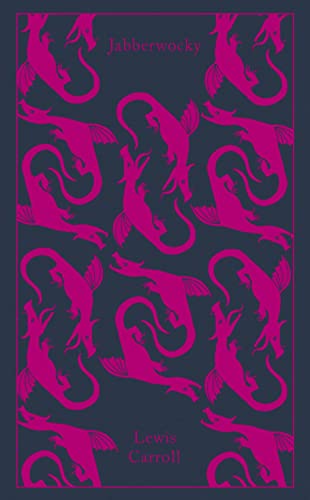 Jabberwocky and Other Nonsense by Lewis Carroll

Collects together the range of the author's poetry, including nonsense verse, parodies, burlesques, and more. This title also includes: "The Walrus and the Carpenter", "The Mock Turtle's Song", "Father William" and more.

Jabberwocky and Other Nonsense: Collected Poems by Lewis Carroll

'Twas brillig, and the slithy toves / Did gyre and gimble in the wabe...' wrote Lewis Carroll, author of Alice's Adventures in Wonderland and Through the Looking Glass, in his wonderfully playful poem of nonsense verse, 'Jabberwocky'. This beautiful, clothbound new edition collects together the marvellous range of Carroll's poetry, including nonsense verse, parodies, burlesques, and more. Alongside the title piece are such enduringly wonderful pieces as 'The Walrus and the Carpenter', 'The Mock Turtle's Song', 'Father William' and many more.
Opening at random Gillian Beer's new edition of Lewis Carroll's poems, Jabberwocky and Other Nonsense, guarantees a pleasurable experience - not all of it nonsensical -- Michael Caines * Times Literary Supplement *
This is an elegant volume, likely to delight enthusiasts, while introducing Lewis Carroll's poetry to a younger readership. The poems are set out chronologically following a generous, thoughtful introduction from the esteemed Cambridge critic Gillian Beer... Beer has done an admirable job, and this edition will appeal to readers of all ages -- Alexandra Lawrie * Times Literary Supplement *

Lewis Carroll was the pen-name of the Reverend Charles Lutwidge Dodgson. Born in 1832, he was educated at Rugby School and Christ Church, Oxford, where he was appointed lecturer in mathematics in 1855, and where he spent the rest of his life. In 1861 he took deacon's orders, but shyness and a stammer prevented him from seeking the priesthood. His most famous works, Alice's Adventures in Wonderland (1865) and Through the Looking-Glass (1872), were originally written for Alice Liddell, the daughter of the Dean of his college. Charles Dodgson died of bronchitis in 1898.

Gillian Beer is King Edward VII Professor Emeritus of English at the University of Cambridge and past President of Clare Hall College. She is a Fellow of the British Academy and of the Royal Society of Literature. Among her works are Darwin's Plots (1983; third edition, 2009), George Eliot (1986), Arguing with the Past: Essays in Narrative from Woolf to Sidney (1989), Open Fields: Science in Cultural Encounter (1996) and Virginia Woolf: The Common Ground (1996).

NGR9780141195940
9780141195940
0141195940
Jabberwocky and Other Nonsense: Collected Poems by Lewis Carroll
Lewis Carroll
Penguin Clothbound Classics
New
Hardback
Penguin Books Ltd
2012-09-06
464
N/A
Book picture is for illustrative purposes only, actual binding, cover or edition may vary.
This is a new book - be the first to read this copy. With untouched pages and a perfect binding, your brand new copy is ready to be opened for the first time
Trustpilot