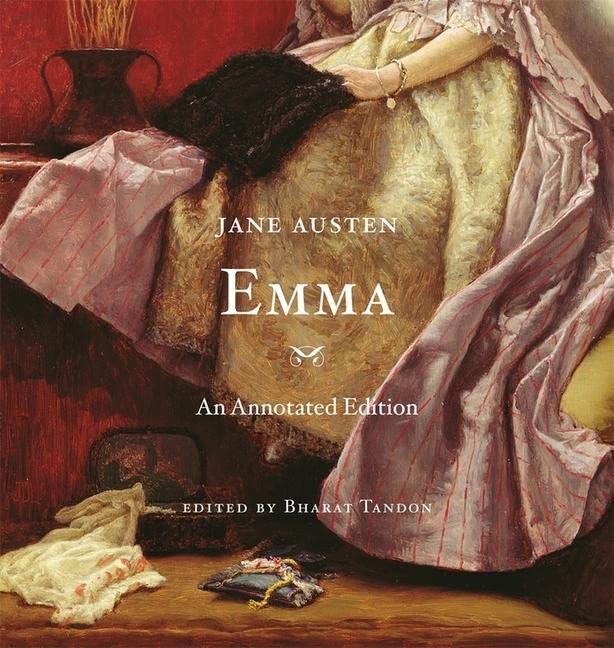 Perhaps the most accomplished of Austen's novels, Emma is also, after Pride and Prejudice, her most popular. Film and television adaptations testify to the world's enduring affection for headstrong, often misguided Emma Woodhouse and her romantic schemes. Emma: An Annotated Edition is an illuminating gift edition that will be treasured by readers.

Emma, perhaps the most technically accomplished of all of Austen's novels, is also, after Pride and Prejudice, her most popular one. Its numerous film and television adaptations testify to the world's enduring affection for the headstrong, often misguided Emma Woodhouse and her many romantic schemes. Like the previous volumes in Harvard's celebrated annotated Austen series, Emma: An Annotated Edition is a beautiful and illuminating gift edition that will be treasured by readers.

Stimulating and helpful annotations appear in the book's margins, offering information, definitions, and commentary. In his Introduction, Bharat Tandon suggests several ways to approach the novel, enabling a larger appreciation of its central concerns and accomplishments. Appearing throughout the book are many illustrations, often in color, which help the reader to better picture the Regency-era world that serves as the stage for Emma's matchmaking adventures.

Whether explaining the intricacies of early nineteenth-century dinner etiquette or speculating on Highbury's deliberately imprecise geographical location, Tandon serves as a delightful and entertaining guide. For those coming to the novel for the first time or those returning to it, Emma: An Annotated Edition offers a valuable portal to Austen's world.