The Ornamental Wilderness in the English Garden James Bartos 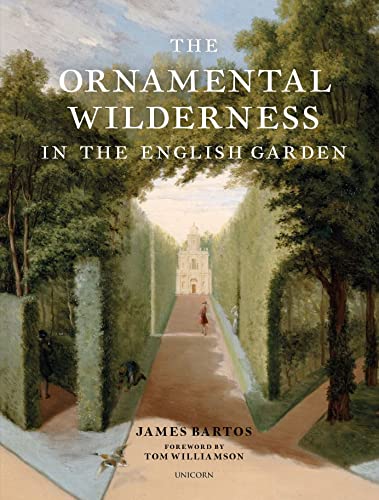 The Ornamental Wilderness in the English Garden by James Bartos

The Ornamental Wilderness in the English Garden by James Bartos

'In this wide ranging and comprehensive survey of the designed landscapes of the late seventeenth and early eighteenth centuries, James Bartos argues convincingly that ornamental wildernesses should be viewed as distinctive design features which, when linked across an extensive terrain, took on the character of the whole landscape. As a result of this striking analysis, our understanding of the celebrated layouts at Wrest Park, Chiswick and Stowe, and many more besides, must be revised.

Contrary to the received wisdom that wildernesses led inexorably to the more informal parkscapes associated with William Kent and Lancelot 'Capability' Brown, it was only when they were dismantled in the mid-eighteenth century to provide more loosely controlled, open glades and greensward that the English Landscape Style emerged.

This ground-breaking study ranges in its literary compass from classical authors through contemporary writers on gardens and gardening to modern critical authorities, while its visual focus on design manuals and individual gardens and landscapes is presented through a wealth of engraved prints, maps and present day photographs. Bartos considers the making, planting and maintenance of wildernesses, their continental precedents, thematic resonances - Classical, Biblical, Druidic, Patriotic - and the eventual development of these often numinous spaces into mature gardens followed by their inevitable demise.

The book has all the attributes of a true wilderness - surprise, variety and, above all, delight - is engagingly written and a tour de force of meticulous scholarship.' Professor Timothy Mowl FSA

The Ornamental Wilderness in the English Garden reinterprets the English formal garden of the late seventeenth and early eighteenth centuries through the perspective of a typical feature of those gardens, the ornamental grove, called a wilderness. In its mature form, the wilderness constituted most of the garden, shady and private, a place for retreat as well as social activity, with a seeming naturalness achieved through artifice, where cultural incident and nature were equally appreciated.

James Bartos was awarded a PhD in Garden History from Bristol University in 2014. He has published in the journals Garden History and Die Gartenkunst. From 2015 -2020 he was Chairman of the Gardens Trust, a national charity devoted to the conservation of historic parks and gardens in England. Over the past 25 years, he has created a new garden in Dorset.
NGR9781914414350
9781914414350
1914414357
The Ornamental Wilderness in the English Garden by James Bartos
James Bartos
New
Hardback
Unicorn Publishing Group
2022-03-31
296
N/A
Book picture is for illustrative purposes only, actual binding, cover or edition may vary.
This is a new book - be the first to read this copy. With untouched pages and a perfect binding, your brand new copy is ready to be opened for the first time
Trustpilot