Go Tell It on the Mountain James Baldwin 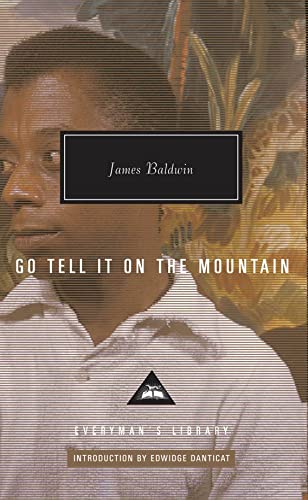 Go Tell It on the Mountain by James Baldwin

'Go back to where you started, or as far back as you can, examine all of it, travel your road again and tell the truth about it.

Go Tell It on the Mountain by James Baldwin

'Go back to where you started, or as far back as you can, examine all of it, travel your road again and tell the truth about it. Sing or shout or testify or keep it to yourself: but know whence you came.'

Originally published in 1953, Go Tell it on the Mountain was James Baldwin's first major work, based in part on his own childhood in Harlem. With lyrical precision, psychological directness, resonating symbolic power and a rage that is at once unrelenting and compassionate, Baldwin chronicles a fourteen-year-old boy's discovery of the terms of his identity as the stepson of the minister of a Pentecostal storefront church in Harlem. Baldwin's rendering of his protagonist's spiritual, sexual and moral struggle towards self-invention opened new possibilities in the American language and in the way Americans understood themselves.

Something in his prose hit me, almost winding me with its intensity. I'd never read a novel that described loneliness and desire with such burning eloquence.

-- Douglas Field * Guardian *
It broke my heart and made me want to jump up and down, unable to fully articulate my own response towards it ... [A] notion of a shared humanity consumed Baldwin, and infused everything he did and wrote. Deprived of heritage and history, he borrowed freely and created his own unique language, with the cadences of the Bible and of jazz and Negro spirituals, and inflections of James, Dickens and Shakespeare ... This should, like J.D. Salinger's The Catcher in the Rye, have been crowned as the Great American Novel. -- Azar Nafisi * Independent *
A distinctive book, both realistic and brutal ... A novel of extraordinary poetry. * Chicago Tribune *

Born in 1924 in New York City, James Baldwin published the 1953 novel Go Tell It on the Mountain, going on to garner acclaim for his insights on race, spirituality and humanity.
Other novels included Giovanni's Room, Another Country and Just Above My Head as well as essay works like Notes of a Native Son and The Fire Next Time. Having lived in France, he died on December 1, 1987 in Saint-Paul de Vence.