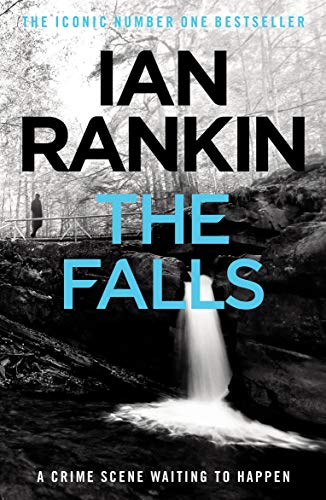 The Falls by Ian Rankin

The twelfth Inspector Rebus bestseller - a powerfully gripping novel where past and present collide...
From the No.1 bestselling author of A SONG FOR THE DARK TIMES

The Falls by Ian Rankin

The twelfth Inspector Rebus bestseller - a powerfully gripping novel where past and present collide...
From the No.1 bestselling author of A SONG FOR THE DARK TIMES

'This is, quite simply, crime writing of the highest order' DAILY EXPRESS

'The unopposed champion of the British police procedural' GUARDIAN

A student has gone missing in Edinburgh. She's not just any student, though, but the daughter of well-to-do and influential bankers. There's almost nothing to go on until DI John Rebus gets an unmistakable gut feeling that there's more to this than just another runaway spaced out on unaccustomed freedom.

Two leads emerge: a carved wooden doll in a toy coffin, found in the student's home village, and an internet role-playing game. The ancient and the modern, brought together by uncomfortable circumstance...

It may be the 12th time out for Rankin's maverick detective, but The Falls still feels as fresh as ever . . . If you haven't read the other 11 Rebus novels, it's about time you did * THE MIRROR *
The Falls, the 12th full-length Inspector Rebus story, finds his creator, Ian Rankin, at his brilliant, mordant best, with the dark heart of the city featuring almost as strongly as Rebus himself -- Antonia Fraser * SUNDAY TELEGRAPH *
A complex mystery novel, as you would expect from Rankin, one of a handful of truly outstanding British mystery writers . . . Terrific * OBSERVER *
An extraordinarily rich addition to crime literature * INDEPENDENT ON SUNDAY *
Rankin continues to be unsurpassed among living British crime writers . . . He makes the reader feel part of the scene, and enhances the experience with his virtuosity with dialogue . . . But all these virtues would count for little if Rankin didn't also possess the most important asset of them all - the ability to tell a damned good story -- Marcel Berlins * THE TIMES *
A very skilful entertainment . . . its clues are as learned and cross-word-puzzling as any in John Buchan * TLS *
The Falls is an inventive and absorbing book . . . Once again the city, cast in shadows and light, is centre stage, as complex and brooding as Rebus himself . . . Ian Rankin, a crime writer with style, has produced another highly enjoyable and exciting book * THE SCOTSMAN *
It is a fact universally acknowledged that Ian Rankin leads the field in the category of British humanistic crime writing . . . his ability to wrap together diverse ingredients into a plot-sandwich bulging with flavour is ingenious * SCOTLAND ON SUNDAY *
Rankin has an intuitive grasp of the dark magic of narrative: at its simplest, you read the books because you want to know what will happen. He writes beautifully, too . . . Few would disagree that Ian Rankin is making a contribution to crime fiction that will last. His novels are playing a significant part in redefining Scotland's image of itself in literature. He is one of a handful of British crime writes whose books are not only commercially successful but also build a strong case for why crime fiction, at its best, can and should be considered as literature * INDEPENDENT ON SUNDAY *
Whatever it is that makes a good crime writer, Ian Rankin has it in spades * IRISH TIMES *
Rankin masterfully pulls his fascinating plot together, and his sense of place casts a powerful shadow on this subtle tale of the recurrence of evil. The unopposed champion of the British police procedural field * GUARDIAN *
This is the 12th novel featuring Inspector Rebus, one of the undoubted stars of modern British crime fiction . . . Ian Rankin is a first-rate storyteller in the classic mould, but what really distinguishes his work is his gift for characterisation * MAIL ON SUNDAY *

Ian Rankin is the multimillion-copy worldwide bestseller of over thirty novels and creator of John Rebus. His books have been translated into thirty-six languages and have been adapted for radio, the stage and the screen.

Rankin is the recipient of four Crime Writers' Association Dagger Awards, including the Diamond Dagger, the UK's most prestigious award for crime fiction. In the United States, he has won the celebrated Edgar Award and been shortlisted for the Anthony Award. In Europe, he has won Denmark's Palle Rosenkrantz Prize, the French Grand Prix du Roman Noir and the German Deutscher Krimipreis.

GOR001239875
9780752883649
075288364X
The Falls by Ian Rankin
Ian Rankin
A Rebus Novel
Used - Very Good
Paperback
Orion Publishing Co
2008-08-07
512
N/A
Book picture is for illustrative purposes only, actual binding, cover or edition may vary.
This is a used book - there is no escaping the fact it has been read by someone else and it will show signs of wear and previous use. Overall we expect it to be in very good condition, but if you are not entirely satisfied please get in touch with us
Trustpilot