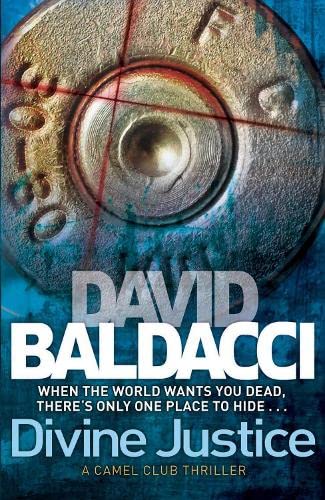 Following the success of The Camel Club, The Collectors and Stone Cold comes the next thrilling novel featuring Oliver Stone and his friends

Known by his alias, Oliver Stone, John Carr is the most wanted man in America. With two pulls of the trigger, the men who hid the truth of Stone's past and kept him in the shadows were finally silenced.

But Stone's freedom has come at a steep price; the assassinations he carried out have prompted the highest levels of the United States Government to unleash a massive manhunt. Joe Knox is leading the charge, but his superiors aren't telling him everything there is to know about his quarry-and their hidden agendas are just as dangerous as the killer he's trying to catch.

Meanwhile, with their friend and unofficial leader in hiding, the members of the Camel Club must fend for themselves, even as they try to protect him. As Knox closes in, Stone's flight from the demons of his past will take him far from Washington, D.C., to the coal-mining town of Devine, Virginia-and headlong into a confrontation every bit as lethal as the one he is trying to escape.

David Baldacci is one of the world's bestselling and favourite thriller writers. With over 130 million copies in print, his books are published in over eighty territories and forty-five languages, and have been adapted for both feature-film and television. He has established links to government sources, giving his books added authenticity. David is also the co-founder, along with his wife, of the Wish You Well Foundation (R), a non-profit organization dedicated to supporting literacy efforts across the US. Trust him to take you to the action.
GOR003347254
9780330523530
0330523538
Divine Justice by David Baldacci
David Baldacci
The Camel Club
Used - Very Good
Paperback
Pan Macmillan
20110701
544
N/A
Book picture is for illustrative purposes only, actual binding, cover or edition may vary.
This is a used book - there is no escaping the fact it has been read by someone else and it will show signs of wear and previous use. Overall we expect it to be in very good condition, but if you are not entirely satisfied please get in touch with us
Trustpilot