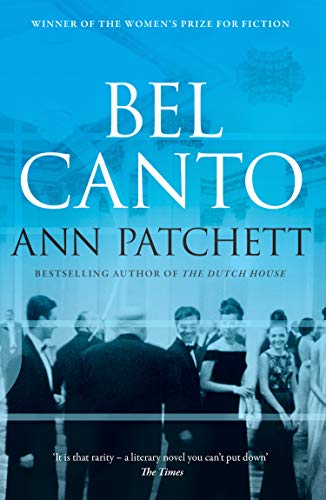 Winner of the Orange Prize and the PEN/Faulkner Award for Fiction.

The poignant - and at times very funny - novel from the author of State of Wonder and Commonwealth.

Winner of the Orange Prize and the PEN/Faulkner Award for Fiction.

The poignant - and at times very funny - novel from the author of State of Wonder and Commonwealth.

Latin terrorists storm an international gathering hosted by an underprivileged country to promote foreign interest and trade, only to find that their intended target, the President, has stayed home to watch his favourite soap opera on TV. Among the hostages are a world class opera singer and her biggest fan, a Japanese tycoon who has been persuaded to attend the party on the understanding that she will perform half a dozen arias after dinner.

The tycoon's engaging and sympathetic translator plays a vital role in the subsequent relationships between so many different nationalities closeted together, interpreting not only the terrorists' negotiations but also the language of love between lovers who cannot understand what the other is saying.

Ultimately, it is the terrorist strike that does more to promote foreign relations than anyone could have hoped to achieve with the party.

`A beguiling mix of thriller, romantic comedy, and novel of ideas...Crisply written, immaculately plotted, and often very funny, it is that rarity - a literary novel you simply can't put down.' The Times

`Like the blueprint of operatic performance that she has imported, Patchett slides from strutting camp to high tragedy, minute social comedy to sublime romanticism.' Alex Clark, Guardian

`Expect miracles when you read Ann Patchett's fiction. Comparisons are tempting to the unabashed romanticism of Laurie Colwin, the eccentric characters of Anne Tyler, the enchantments of Alice Hoffman. But Patchett is unique; a generous, fearless and startlingly wise young writer.' New York Times Review of Books

Originally from Los Angeles, Ann Patchett has also written The Magician's Assistant and The Patron Saint of Liars. She lives in Nashville and is the Tennessee Williams Fellow in Creative Writing at the University of the South.

GOR000486468
9781841155838
1841155837
Bel Canto: Film tie-in by Ann Patchett
Ann Patchett
Used - Very Good
Paperback
HarperCollins Publishers
2002-04-30
336
Winner of PEN / Faulkner Award for Fiction 2002 Winner of Orange Prize 2002 Winner of Orange Prize for Fiction 2002 Short-listed for International IMPAC Dublin Literary Award 2003
Book picture is for illustrative purposes only, actual binding, cover or edition may vary.
This is a used book - there is no escaping the fact it has been read by someone else and it will show signs of wear and previous use. Overall we expect it to be in very good condition, but if you are not entirely satisfied please get in touch with us
Trustpilot