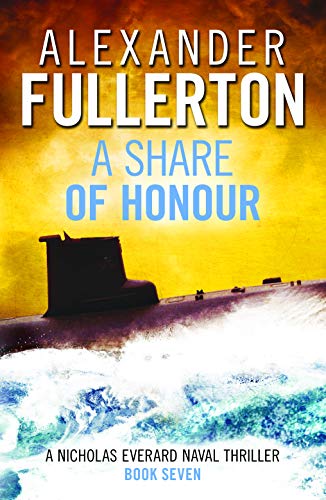 Danger lurks beneath the Mediterranean waves...

Sub-lieutenant Paul Everard serves in the Mediterranean aboard the submarine Ultra, helping the Allies attack Axis supply ships in a life or death struggle beneath the waves.

But Paul has other worries: his father, Nick, is somewhere in the Far East, at risk from the rapidly advancing Japanese. His brother, Jack, has become embroiled in the murky world of clandestine operations, and been sent on a high-risk mission to destroy a key German naval base.

The Everards are risking everything for the war. But what price is too high for one family to bear?

The seventh instalment of the Nicholas Everard Naval Thrillers is a searing adventure of warfare at sea, perfect for fans of Alan Evans and David McDine.

'The prose has a real sense of urgency, and so has the theme. The tension rarely slackens.' Times Literary Supplement

'The research is unimpeachable and the scent of battle quite overpowering.' The Sunday Times

'The accuracy and flair of Forester at his best... carefully crafted, exciting and full of patiently assembled technical detail that never intrudes on a good narrative line' Irish Times

Alexander Fullerton was a bestselling author of British naval fiction, whose writing career spanned over fifty years. He served with distinction as a gunnery and torpedo officer during World War Two. His first novel, Surface!, sold over 500,000 copies. Fullerton is perhaps best known though for his nine-volume Nicholas Everard series, which was translated into many languages, winning him fans all round the world. His fiftieth novel, Submariner, was published in 2008, the year of his death.

GOR011547347
9781800322592
1800322593
A Share of Honour by Alexander Fullerton
Alexander Fullerton
Nicholas Everard Naval Thrillers
Used - Very Good
Paperback
Canelo
20210408
384
N/A
Book picture is for illustrative purposes only, actual binding, cover or edition may vary.
This is a used book - there is no escaping the fact it has been read by someone else and it will show signs of wear and previous use. Overall we expect it to be in very good condition, but if you are not entirely satisfied please get in touch with us
Trustpilot