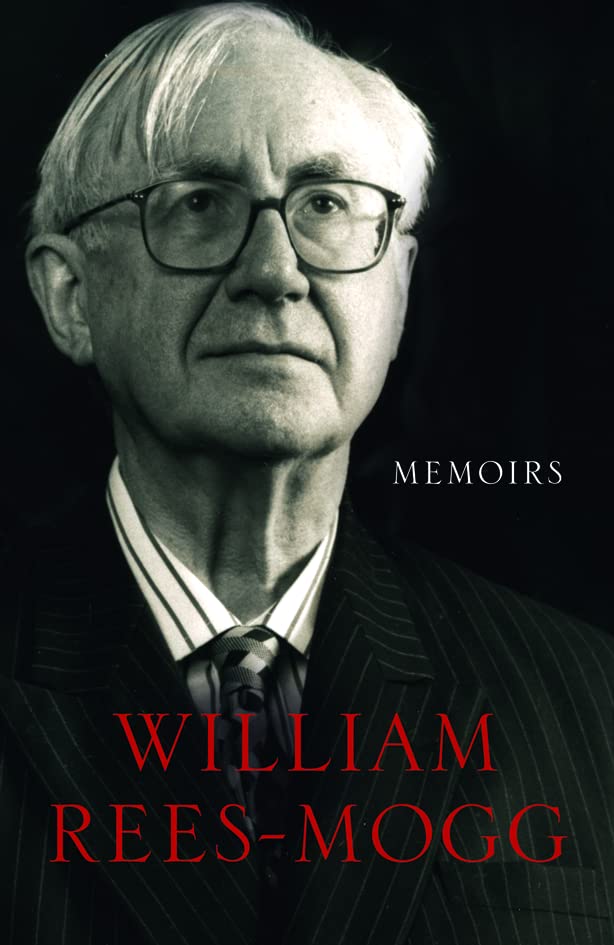 Former editor of The Times, the late William Rees-Mogg was a pivotal figure of post-war Britain. Here he recounts the remarkable story of his life.

Former editor of The Times, the late William Rees-Mogg was a pivotal figure of post-war Britain. Here he recounts the remarkable story of his life.

As editor of The Times (his glory years), journalist, commentator, Chairman of the Arts Council, and, later, Chairman of the Broadcasting Standards Council (when he was accused of censorship), the William Rees-Mogg spent his life at the centre of events in politics and journalism.

Often controversial, his strong, fiercely defended opinions went to the heart of the problems of the day. From his famous defence of Mick Jagger on a charge of possessing cannabis, to his recent criticism of the morality behind the war in Kosovo and defence of monetarism, his writing demanded attention, to the point of becoming newsworthy in itself.

He knew the people who shaped our time, from royalty to presidents, business magnates and religious leaders, and his unique insider perspective is here used to great effect, with perceptive, provocative recollections of people such as Rab Butler, Margaret Thatcher, Anthony Eden, Shirley Williams, Roy Jenkins, Robin Day, Rupert Murdoch and many more.

From an early age his life was filled with incident - among the many anecdotes are the stories of the Bristol Blitz; his doomed attempts to enter politics; writing speeches for Anthony Eden during Suez; hiring burglars to uncover corruption in the Met; an eventful stay at Chequers with Harold Wilson; how Rupert Murdoch amused the Queen at lunch; and how Harold Macmillan impressed Ronald Reagan at dinner.

His colourful and illuminating memoirs offer a wonderfully readable life of one of the great characters of the age.

`You couldn't make it up; or, at least if you tried to, not half as entertainingly' Guardian

`Rees-Mogg has a modest, self-deprecatory demeanour that comes through in his Memoirs . . . This book does him credit' The Times

Educated at Charterhouse and Balliol College, Oxford, William Rees-Mogg joined the Financial Times in 1952, becoming chief leader writer and assistant editor. He then moved to The Times, eventually becoming its editor, and remaining there for fourteen years. An accepted figure of the establishment, he served as vice-chairman of the BBC, chairman of the Arts Council and head of the Broadcasting Standards Council. He died in 2012, aged 84.

GOR010975650
9780002571838
0002571838
Memoirs by William Rees-Mogg
William Rees-Mogg
Used - Like New
Hardback
HarperCollins Publishers
2011-07-01
352
N/A
Book picture is for illustrative purposes only, actual binding, cover or edition may vary.
The book has been read, but looks new. The book cover has no visible wear, and the dust jacket is included if applicable. No missing or damaged pages, no tears, possible very minimal creasing, no underlining or highlighting of text, and no writing in the margins
Trustpilot