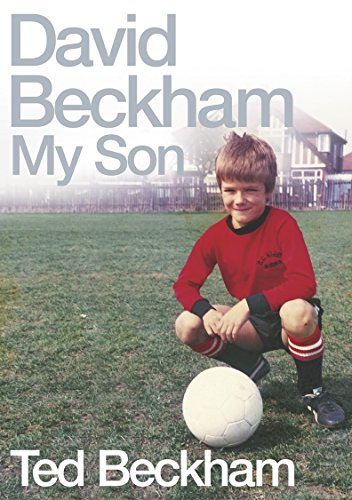 A unique celebration of footballing hero David Beckham, by his father.

David Beckham: My Son: My Son by Ted Beckham

David Beckham is both a brilliant footballer and a global icon. The slightest story about his life generates huge media coverage, but those truly close to him have never given their side of his incredible journey - until now.

Ted Beckham's story is the ultimate dream of every father who has kicked a football with his son. A lifelong Manchester United supporter, Ted has seen his son David captain both his beloved Reds and England, as well as becoming an inspiration for a generation along the way. Even David Beckham was once an ordinary kid dreaming of making a living out of football, and in this celebratory book Ted Beckham lovingly charts what happened from David's birth to his move to Real Madrid.

This book is special not just because of Ted's role as the father of a hero, but because Ted has given exclusive access to all the family photo albums and the unparalleled collection of memorabilia he has amassed during David's career. The book features 300 exclusive images to complement the text, giving a side to David that has never been seen before. David Beckham: My Son will delight his fans, giving a fascinating insight into the early life of David, his ambition and determination to succeed as well as his father's pride and joy as he watched him grow into a great footballer.

Ted Beckham works as a gas fitter and still lives in the house in East London where David grew up. For many years he helped train Ridgeway, the local youth team David played for.
GOR000516442
9780752225968
0752225960
David Beckham: My Son: My Son by Ted Beckham
Ted Beckham
Used - Very Good
Hardback
Pan Macmillan
2005-09-23
240
N/A
Book picture is for illustrative purposes only, actual binding, cover or edition may vary.
This is a used book - there is no escaping the fact it has been read by someone else and it will show signs of wear and previous use. Overall we expect it to be in very good condition, but if you are not entirely satisfied please get in touch with us
Trustpilot