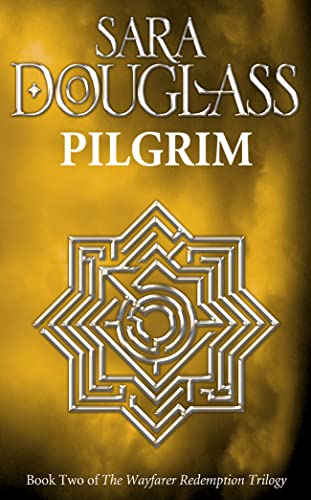 The second book of the Wayfarerer Redemption, an enthralling continuation of The Axis trilogy, by the bestselling Australian author Sara Douglass

The second book of the Wayfarerer Redemption, an enthralling continuation of The Axis trilogy, by the bestselling Australian author Sara Douglass

By leaching Drago's latent Icari magic the Time Keeper Demons have burst through the StarGate, bringing an apocalypse down upon Tencendor as they unleash plagues of pain, terror and madness on man and beast. Overhead the Hawkchildren swarm the skies, hungry for prey.

Sheltered within the forest of Minstrelsea, the rulers of Tencendor desperately search for a way to fight back, but with the StarGate destroyed the protective magic of the StarDance has been lost forever. Now, even the Gods are vulnerable to the demon's onslaught. Prophecy decrees that Tencendor's only hope lies with the StarSon, but Caelum's magic is gone too.

Wracked with guilt over his unwitting betrayal Drago pursues the demons. Unless he can aid the StarSon and prevent the resurrection of the demon's master, Queteb the Midday Demon, the once beautiful land of Tencendor will descend into a living hell.

Praise for previous books in The Axis Trilogy:

`The twists, revelations and foreshadowings keep you turning pages'
SFX

`Absorbing. Those who like their battles bloody and realistic will get their desire, but here also are moments of great tenderness'
Starburst

GOR001380004
9780006486183
0006486185
Pilgrim by Sara Douglass
Sara Douglass
Used - Very Good
Paperback
HarperCollins Publishers
2000-10-16
768
N/A
Book picture is for illustrative purposes only, actual binding, cover or edition may vary.
This is a used book - there is no escaping the fact it has been read by someone else and it will show signs of wear and previous use. Overall we expect it to be in very good condition, but if you are not entirely satisfied please get in touch with us
Trustpilot