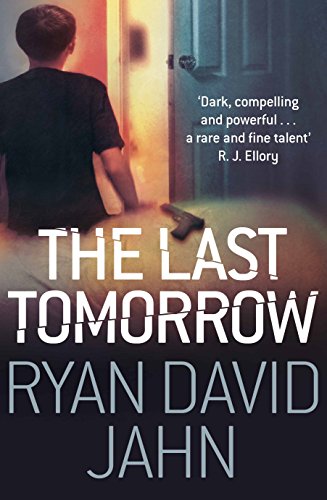 The Last Tomorrow is a gripping thriller that is perfect for fans of Linwood Barclay and Robert Crais.

April 1952. Los Angeles. After thirteen-year-old Sandy Duncan shoots his stepfather in the temple and carves a symbol into the corpse's forehead in imitation of a comic book, district attorney Seymour Markley launches a grand jury investigation into the murder and its causes, an investigation that could implicate east coast crime boss James Manning and end his thirty-year career.

Threatening notes begin appearing nailed to his front door, notes that draw him to a downtown hotel where one of the district attorney's witnesses, one of the men who could bring down James Manning, is being held. There, Eugene finds the witness murdered, as well as the police officer charged with protecting him; and he finds himself framed for those murders.

He's forced to go on the run, and, in order to clear his name, to devise a plan that involves deeds far worse than anything he's been framed for. And he must commit those deeds with the police right behind him.

Ryan David Jahn lives in Louisville, Kentucky, with his wife Jessica and two beautiful little girls, Francine and Matilda. His novels include Acts of Violence, which won the Crime Writers' Association John Creasey Dagger, Low Life, The Dispatcher, and The Last Tomorrow. His work has been translated into twelve languages.
GOR011835081
9780230761636
0230761631
The Last Tomorrow by Ryan David Jahn
Ryan David Jahn
Used - Like New
Paperback
Pan Macmillan
2012-07-19
560
N/A
Book picture is for illustrative purposes only, actual binding, cover or edition may vary.
The book has been read, but looks new. The book cover has no visible wear, and the dust jacket is included if applicable. No missing or damaged pages, no tears, possible very minimal creasing, no underlining or highlighting of text, and no writing in the margins
Trustpilot