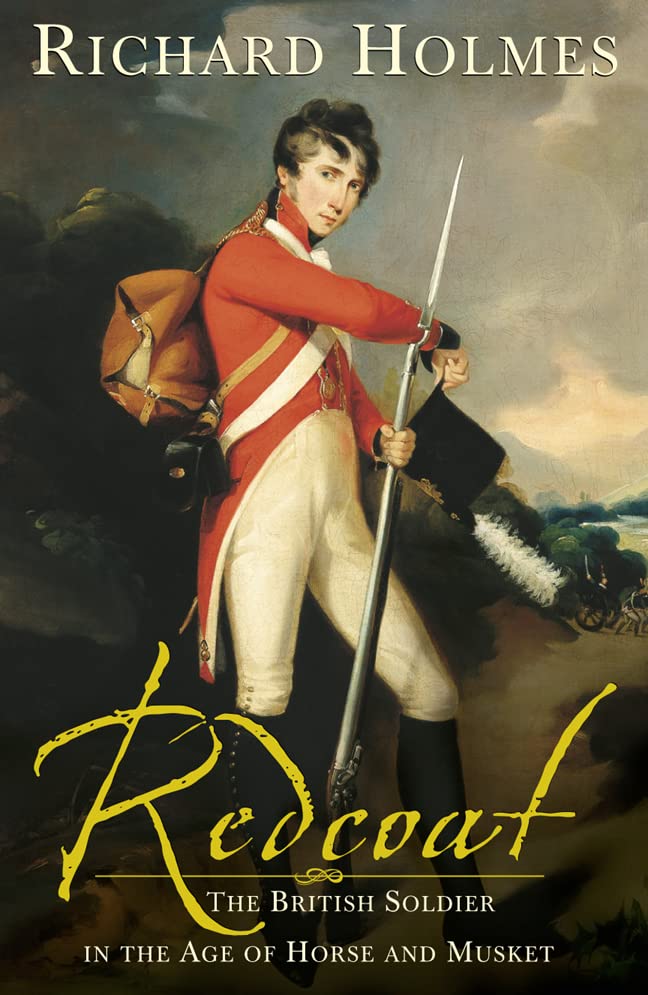 'Redcoat is a wonderful book, doing justice to men who have long deserved a chronicler of Richard Holmes' skill. It is not just a work of history - but of enthusiasm and unparalleled knowledge.' BERNARD CORNWELL

Redcoat: The British Soldier in the Age of Horse and Musket by Richard Holmes

'Redcoat is a wonderful book, doing justice to men who have long deserved a chronicler of Richard Holmes' skill. It is not just a work of history - but of enthusiasm and unparalleled knowledge.' BERNARD CORNWELL

Redcoat combines a first-class military historian famous as a TV personality with a Schama-esque approach to one of the most enduring and magnetic subjects of British history. It has all the makings of a big autumn best-seller.

Richard Holmes is famous as TV's military historian, the writer and presenter of War Walks and author of Firing Line and Riding the Retreat. Red Coat marks his return to serious writing.
Drawing on a wealth of original source material - diaries, letters, memoirs - Red Coat is an anecdotal history of the British soldier from 1700 to 1900, a period in which methods of warfare and the social makeup of the British army changed little, and in which the Empire was forged.

Similar in style to Katie Hickman's Daughters of Britannia, or Simon Schama's Citizens, Red Coat gives a rich and wonderful portrait of the men who donned the red uniform, charged in the Light Brigade, dug in at Rourke's Drift, fought Napoleon at Waterloo, Washington in America, were stabbed by Afghans, annihilated by Zulus and turned the atlas pink.

Writer and historian Hugh Bicheno is a former intelligence officer and anti-terrorism consultant, who after many years living in the Americas now lives in Cambridge. His previous books include Gettysburg, Midway and Crescent and Cross.

GOR001234580
9780002570978
0002570971
Redcoat: The British Soldier in the Age of Horse and Musket by Richard Holmes
Richard Holmes
Used - Very Good
Hardback
HarperCollins Publishers
2001-10-15
400
N/A
Book picture is for illustrative purposes only, actual binding, cover or edition may vary.
This is a used book - there is no escaping the fact it has been read by someone else and it will show signs of wear and previous use. Overall we expect it to be in very good condition, but if you are not entirely satisfied please get in touch with us
Trustpilot