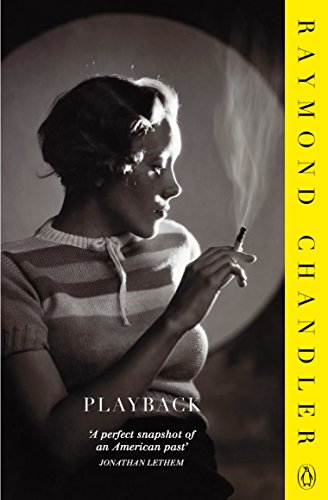 'Chandler invented a new way of talking about America, and America has never looked the same to us since' Paul Auster

Los Angeles PI Philip Marlowe is mixing business with pleasure - he's getting paid to follow a lovely mysterious redhead called Eleanor King. And wherever Miss King goes, trouble is sure to follow. But she's easy on the eye and Marlowe's happy to do as he's told. But one dead body later and what started out as a lazy afternoon's snooping soon becomes a deadly cocktail of blackmail, lies, mistaken identity - and murder . . .

'Chandler grips the mind from the first sentence' Daily Telegraph

'One of the greatest crime writers, who set standards others still try to attain' Sunday Times

'Chandler is an original stylist, creator of a character as immortal as Sherlock Holmes' Anthony Burgess

Best-known as the creator of the original private eye, Philip Marlowe, Raymond Chandler was born in Chicago in 1888 and died in 1959. Many of his books have been adapted for the screen, and he is widely regarded as one of the very greatest writers of detective fiction.
NGR9780241956250
9780241956250
0241956250
Playback by Raymond Chandler
Raymond Chandler
Phillip Marlowe
New
Paperback
Penguin Books Ltd
2011-03-31
208
N/A
Book picture is for illustrative purposes only, actual binding, cover or edition may vary.
This is a new book - be the first to read this copy. With untouched pages and a perfect binding, your brand new copy is ready to be opened for the first time
Trustpilot