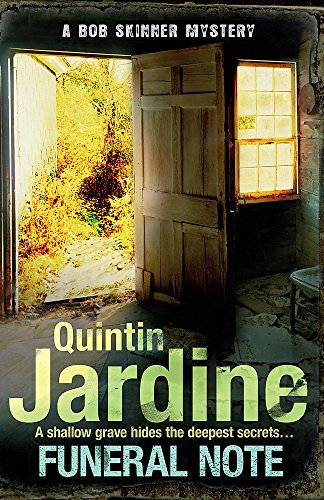 Ingenious and compelling, this is Quintin Jardine's most ambitious novel yet and an extraordinary achievement

The brilliant new Bob Skinner mystery by the master of crime fiction, his most ambitious ever.

After a tip-off, a man's body is exhumed from a shallow grave in Edinburgh. Murder surely, yet he died from natural causes, so, case closed? Indeed was there ever a case? But Chief Constable Skinner and his people keep on digging. Who was the man, why was he buried so reverentially, and by whom? Meanwhile corruption is discovered within the force, and an investigation launched. Immersed in crises, his marriage heading for the rocks, Skinner finds his very career hanging in the balance, its fate beyond his control. In a tale seen through the eyes of each of its leading players, Quintin Jardine, the Crimemaster, lays mystery upon mystery until the greatest threat of all those facing the Chief is revealed, and a deadly race begins. Can he win out, or will his life implode?

Quintin Jardine was born once upon a time in the West - of Scotland rather than America, but still he grew to manhood as a massive Sergio Leone fan. On the way there he was educated, against his will, in Glasgow, where he ditched a token attempt to study law for more interesting careers in journalism, government propaganda, and political spin-doctoring. After a close call with the Brighton Bomb in 1984, he moved into the even riskier world of media relations consultancy, before realising that all along he had been training to become a crime writer. Now, forty novels later, he never looks back. Along the way he has created/acquired an extended family in Scotland and Spain. Everything he does is for them. He can be tracked down through his blog: http://quintinjardine.me
GOR004645870
9780755356973
0755356977
Funeral Note (Bob Skinner series, Book 22): Death, deception and corruption in a gritty crime thriller by Quintin Jardine
Quintin Jardine
Bob Skinner
Used - Very Good
Paperback
Headline Publishing Group
20130131
480
N/A
Book picture is for illustrative purposes only, actual binding, cover or edition may vary.
This is a used book - there is no escaping the fact it has been read by someone else and it will show signs of wear and previous use. Overall we expect it to be in very good condition, but if you are not entirely satisfied please get in touch with us
Trustpilot