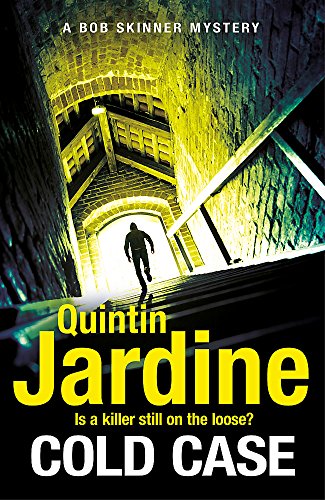 Is a killer still on the loose? The thirtieth gripping mystery in the bestselling Bob Skinner series by Quintin Jardine, the acclaimed author of GAME OVER and STATE SECRETS.

'If Ian Rankin is the Robert Carlyle of Scottish crime writers, then Jardine is surely its Sean Connery' Glasgow Herald

Is a killer still on the loose?

The thirtieth gritty mystery in Quintin Jardine's bestselling Bob Skinner series, not to be missed by readers of Ian Rankin and Peter May. Praise for Jardine's gripping mysteries: 'Well constructed, fast-paced, Jardine's narrative has many an ingenious twist and turn' Observer

When a murder investigation that's been closed for thirty years is suddenly re-opened, former Chief Constable Bob Skinner is quickly drawn into the action.

The story of the Body in the Quarry was well-known around Edinburgh all those years ago: a popular priest found dead in a frozen quarry; a suspect with a clear motive charged; a guilty verdict. But with a journalist uncovering new evidence, the cold case has come back to haunt Skinner's old mentor Jimmy Proud - and only one man can help him.

Skinner is long out of the police force, but he can't say no. With the clock ticking, and his friend's reputation at stake, he must uncover the truth to find out if an innocent man was convicted for murder. And if a killer is still on the loose . . .

Praise for Quintin Jardine's novels: 'Well constructed, fast-paced, Jardine's narrative has many an ingenious twist and turn' * Observer *
Another cracker from Jardine...There are plenty of twists and turns along the way to keep you engrossed * Scots Magazine *
Very engaging as well as ingenious, and the unraveling of the mystery is excellently done * Scotsman *
If Ian Rankin is the Robert Carlyle of Scottish crime writers, then Jardine is surely its Sean Connery * Glasgow Herald *
Deplorably readable * Guardian *
Remarkably assured, raw-boned, a tour de force * New York Times *
I love the Bob Skinner novels. Quintin Jardine's slick and suspenseful Edinburgh-set series has never failed to keep me riveted...starts with a bang and doesn't let up till the last sentence * The Globe and Mail *
Gritty cop drama that makes Taggart look tame * Northern Echo *
Another powerful tartan noir that packs a punch * Peterborough Evening Telegraph *

Quintin Jardine was born once upon a time in the West - of Scotland rather than America, but still he grew to manhood as a massive Sergio Leone fan. On the way there he was educated, against his will, in Glasgow, where he ditched a token attempt to study law for more interesting careers in journalism, government propaganda, and political spin-doctoring. After a close call with the Brighton Bomb in 1984, he moved into the even riskier world of media relations consultancy, before realising that all along he had been training to become a crime writer. Now, forty novels later, he never looks back.

Along the way he has created/acquired an extended family in Scotland and Spain. Everything he does is for them.

He can be tracked down through his blog: http://quintinjardine.me

GOR009607749
9781472238931
1472238931
Cold Case (Bob Skinner series, Book 30) by Quintin Jardine
Quintin Jardine
Bob Skinner
Used - Very Good
Hardback
Headline Publishing Group
2018-11-15
384
N/A
Book picture is for illustrative purposes only, actual binding, cover or edition may vary.
This is a used book - there is no escaping the fact it has been read by someone else and it will show signs of wear and previous use. Overall we expect it to be in very good condition, but if you are not entirely satisfied please get in touch with us
Trustpilot