The Rules of the Game Pierluigi Collina 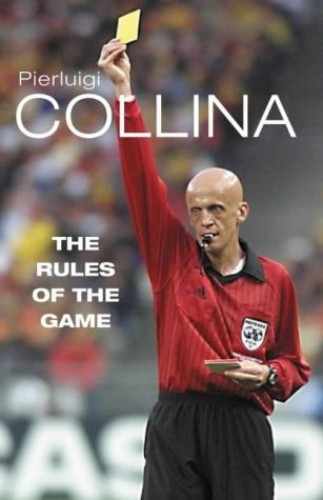 The Rules of the Game by Pierluigi Collina

The most distinctive figure in football blows the whistle on the beautiful game.

The Rules of the Game by Pierluigi Collina

On 30th June 2002 Pierluigi Collina, universally acknowledged to be the world's finest referee, officiated over Brazil and Germany in the World Cup Final. A matter of weeks later he was back on the field refereeing a Italian Cup first round encounter between Sampdoria and Siena. This unique vantage point makes Collina perfectly placed to comment on the game, on the stars, the media and the matches he has overseen, including England's world cup victory over Argentina and Manchester United's dramatic treble winning European Cup Final.

The Rules of the Game takes us as never before into the world of the referee, the preparation needed for each game, the managing of players and the other officials and the camaraderie behind the scenes. Collina describes how it feels to make a difficult decision, the pressures from the crowd and the players while taking us through the most important, and significant, matches he has refereed.

But more than anything this is Pierluigi Collina's chance to speak out about the game he loves. His passionate, expert and, sometimes controversial views are compulsory reading for anyone with a passing interest in the beautiful game.

'In my opinion, Collina is the best referee in the game' David Beckham

'In my opinion, Collina is the best referee in the game' David Beckham
Pierluigi Collina was born in Bologna in 1960. By trade a financial consultant, he has become one of the greatest referees of all time, having officiated at the World Cup Final, Champion's League Final and Olympic Final. He lives in Viareggio with his wife and two children.
GOR000458549
9781405032797
1405032790
The Rules of the Game by Pierluigi Collina
Pierluigi Collina
Used - Very Good
Hardback
Pan Macmillan
2003-08-15
336
N/A
Book picture is for illustrative purposes only, actual binding, cover or edition may vary.
This is a used book - there is no escaping the fact it has been read by someone else and it will show signs of wear and previous use. Overall we expect it to be in very good condition, but if you are not entirely satisfied please get in touch with us
Trustpilot