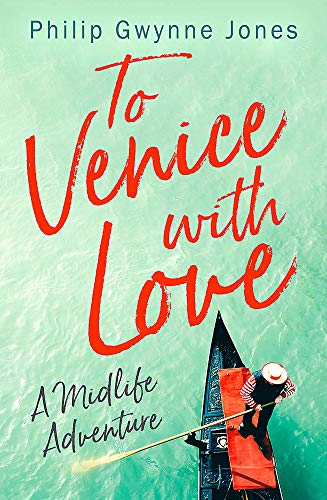 To Venice with Love by Philip Gwynne Jones

It's never too late to have a big adventure...

To Venice with Love: A Midlife Adventure by Philip Gwynne Jones

Philip and Caroline Jones, a middle-aged couple living in Edinburgh, found themselves facing redundancy and an uncertain future. Until they received some advice from a complete stranger in a pub.

Their response was to sell everything in order to move to Venice, in search of a better, simpler life. They were wrong about the 'simpler' bit...

To Venice with Love recounts how they arrived in Venice with ten pieces of luggage, no job, no friends and no long-term place to stay. From struggling with the language to battling bureaucracy; the terror of teaching English to Italian teenagers, the company of a modestly friendly cat... and finally, from debugging financial systems on an Edinburgh industrial estate, to building an ordinary life in an extraordinary city, To Venice with Love is a love-letter to a city that changed their lives. It's a story told through the history, music, art, architecture (and, of course, the food) of La Serenissima.

Philip Gwynne Jones was born in South Wales in 1966, and lived and worked throughout Europe before settling in Scotland in the 1990s. He first came to Italy in 1994, when he spent some time working for the European Space Agency in Frascati, a job that proved to be less exciting than he had imagined.

He spent twenty years in the IT industry before realising he was congenitally unsuited to it. Furthermore, an attempt to find a secure, well-paid job with a proper pension had resulted in him finding himself in the IT department of a large Scottish bank during the global financial crisis.

Something, clearly, had to change. And so it was that - following a conversation with a man in a pub - Philip and Caroline left their jobs, sold their flat and moved to Venice in search of a better, simpler future. They were wrong about the 'simpler' bit . . .

Philip now works as a teacher, writer and translator, and lives in Venice with Caroline. He enjoys cooking, art, classical music and opera; and can occasionally be seen and heard singing bass with Cantori Veneziani and the Ensemble Vocale di Venezia.

GOR010614267
9781472130228
1472130227
To Venice with Love: A Midlife Adventure by Philip Gwynne Jones
Philip Gwynne Jones
Used - Very Good
Paperback
Little, Brown Book Group
2020-03-05
304
N/A
Book picture is for illustrative purposes only, actual binding, cover or edition may vary.
This is a used book - there is no escaping the fact it has been read by someone else and it will show signs of wear and previous use. Overall we expect it to be in very good condition, but if you are not entirely satisfied please get in touch with us
Trustpilot