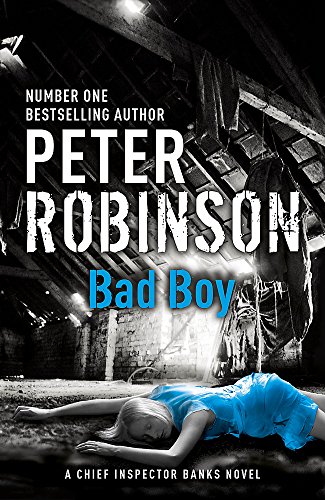 When Juliet Doyle discovers a gun in her daughter's bedroom, she turns to old friend DCI Alan Banks for advice. But Banks is taking a much-needed holiday, and it's left to DI Annie Cabbot to deal with the removal of the firearm. No one can foresee the operation's disastrous consequences, or that the Doyles will not be the only family affected.

Banks's daughter Tracy has fallen for the wrong boy. Her flatmate's boyfriend is good-looking, ambitious, and surrounded by an intoxicating air of mystery. He's also very dangerous. When Tracy warns him that the police might be on his tail, he persuades her to go on the run with him, and flattered by his attention, she agrees. Before she knows it, a deadly chase across the country is set in motion.

And on his return, completely unsuspecting of Tracy's perilous situation, Banks is plunged into his most terrifying, personal case yet.

Peter Robinson grew up in Yorkshire, and now divides his time between Richmond and Canada. There are eighteen books in the bestselling Inspector Banks series - the critically acclaimed crime novels have won numerous awards and are published in translation all over the world.

GOR001966756
9780340836958
0340836954
Bad Boy: DCI Banks 19 by Peter Robinson
Peter Robinson
Used - Very Good
Hardback
Hodder & Stoughton
2010-08-05
416
N/A
Book picture is for illustrative purposes only, actual binding, cover or edition may vary.
This is a used book - there is no escaping the fact it has been read by someone else and it will show signs of wear and previous use. Overall we expect it to be in very good condition, but if you are not entirely satisfied please get in touch with us
Trustpilot