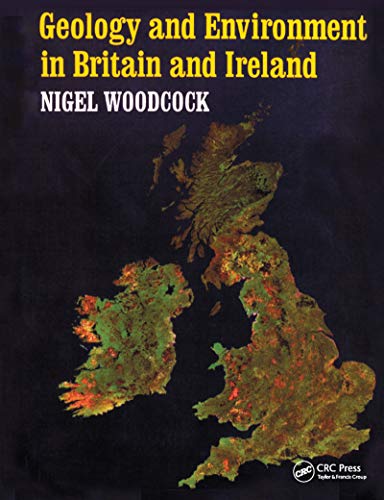 Geology and Environment In Britain and Ireland by Nigel Woodcock

Geology and Environment In Britain and Ireland by Nigel Woodcock

A complete introductory text on an increasingly popular subject, "Geology and Environment in Britain and Ireland" aims to provide suitably broad coverage for students requiring a treatment clearly foucused on familiar examples but retaining a global perspective. The book summarizes for Earth and environmental scientists the ways in which geology relates to the natural environmentand to the humand activites that it supports. The natural environment is more than the oceans, the atmosphere and the diversity of the land surface. It extends below the ground and stretches back in time through the Earth's history. These environmental dimensions are the concern of geology. First, the book summarizes the geological influences on society through control of landscape and human geography, and through the threats posed by hazards such as landslides, subsidence and earhquakes. Next, the many Earth resources that support human activity are described: land, water, construction materials minerals, coal, oil, and gas. How are they formed or replenished? Which resources are are sustainable for use over more than the immediate geological future? Thirdly, the impacts of human activity an the Earth are examined - the results of extracting geological resources, of intentionally engineering the environment, and of carelessly polluting land and underground water supplies. Perhaps most serious of all is atmospheric pollution caused by burning geological fuels, threatening global change on scales only familiar from the geological record. This book is published at a pivotal point in the history of geology. Scientists who, for a century and a half, have been preoccupied with finding Earth resources are increasingly being asked where on Earth to dispose of the effluents from using them. "Geology and Environment in Britain and Ireland" provides a comapct, abundantly illustrated summary of both sides of this dilemma. Its final chapter breaks new ground in opening a debate on the ethical basis of applied geology - a debate which is needed to steer the subject into the 21st century. The book should be of use to undergraduates in geology or environmental sciences, to accompany a taught course on applied geology or as supplementary reading to their first year of geology. A-level students in geology, geography or environmental science should find it a useful reference. Professional geologists and environmental scientists should value the book as a broad but concise survey of the subject, as a helpful compilation of data, and as a guide to primary date sources. Readers outside the British Isles should find it an invaluable overview of the application of geology in the region. Nigel Woodcock teaches geology in both the Department of Earth Sciences and Clare College in the University of Cambridge. He has published over 80 scientific papers, mainly in the fields of structural geology, sedimentology and environmental geology, and is a prolific reviewer of geological books. He has extensive field experience in Turkey, Cyprus, Greece, and particularly in Britain and Irelansd. This book is intended for first-year undergraduate students in departments of geology, Earth sciences, environmental sciences, environmental studies, civil engineering, taking an introductory course on environmental geology or geology and the environment.

CIN000737349
9781857280548
1857280547
Geology and Environment In Britain and Ireland by Nigel Woodcock
Nigel Woodcock
Used - Very Good
Paperback
Taylor & Francis Ltd
1994-06-30
174
N/A
Book picture is for illustrative purposes only, actual binding, cover or edition may vary.
This is a used book - there is no escaping the fact it has been read by someone else and it will show signs of wear and previous use. Overall we expect it to be in very good condition, but if you are not entirely satisfied please get in touch with us
Trustpilot