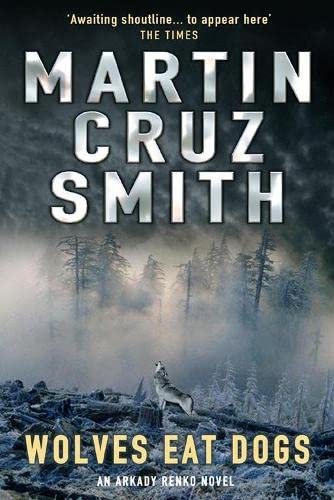 The iron curtain has fallen . . . but the shadow remains.

Chernobyl: the Zone of Exclusion. A ghostly place, deserted and forgotten for almost two decades; now inhabited by militia, shady scavengers, a few reckless scientists, and some elderly Ukrainian peasants . . . This is the eerie and dangerous world Inspector Arkady Renko must navigate if he is to find out the truth behind the death of one of Russia's richest oligarchs.

Pasha Ivanov has been found dead on the pavement outside his luxury high-rise apartment in Moscow. It seems like a straightforward suicide, but Renko, never one to take evidence at face value, refuses to drop the case, and there is something puzzling him: a mountain of salt found in Ivanov's wardrobe . . .

Determined to look deeper into the circumstances of Ivanov's demise, he acquaints himself with this wealthy businessman's powerful and corrupt circle, until his investigations lead him to Chernobyl's notorious Zone of Exclusion, where the body of Lev Timofeyev, Ivanov's former research partner, has been discovered in a contaminated cemetery . . .

Masterfully crafted and told with extraordinary insight and imaginative breadth, the bestselling author of GORKY PARK brings us Renko's most beguiling and unusual adventure to date.

TEST Martin Cruz Smith's novels include Gorky Park, Stallion Gate, Polar Star, Red Square, Rose and Havana Bay. A recipient of the CWA Gold Dagger for fiction in the UK, he is also two-time winner of the Hammett Prize in the United States. He lives in northern California.
GOR000280241
9780330435864
0330435868
Wolves Eat Dogs by Martin Cruz Smith
Martin Cruz Smith
Used - Very Good
Paperback
Pan Macmillan
2005-10-07
416
N/A
Book picture is for illustrative purposes only, actual binding, cover or edition may vary.
This is a used book - there is no escaping the fact it has been read by someone else and it will show signs of wear and previous use. Overall we expect it to be in very good condition, but if you are not entirely satisfied please get in touch with us
Trustpilot