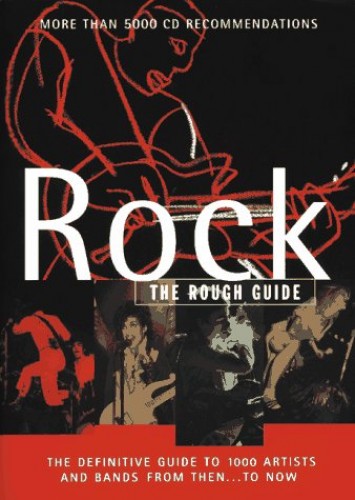 This is a guide to rock music, containing entries on over 1000 bands and artists from the last 40 years. Listed alphabetically the entries includes career profiles and highlights. The book also provides a selective and critical discography of the best recordings available.

A ROUGH GUIDE to rock music which spans the past forty years. Entries on more than 1,000 bands have been written by 120 fans rather than music journalists, providing fresh angles on the music. Essential biographical details are given, as are recommendations for the best recordings available.
Mark Ellingham founded Rough Guides in 1982 and has created many of the series new ventures over the years, including The Rough Guide to the Internet, The Rough Guide to World Music, and, only a little ashamedly, The Rough Guide to the Da Vinci Code.

Jonathan Buckley was editorial director at Rough Guides, where he wrote several guidebooks, including for Tuscany and Umbria, Florence, and Venice. He has also contributed to The Rough Guide to Classical Music and The Rough Guide to Opera. Buckley published his first novel, The Biography of Thomas Lang, in 1997, and has written several more, including the critically acclaimed Xerxes and The River Is the River.

GOR001451250
9781858282015
1858282012
Rock: The Rough Guide by Mark Ellingham
Mark Ellingham
Rough Guides Reference Titles
Used - Very Good
Paperback
APA Publications
1996-10-31
1008
N/A
Book picture is for illustrative purposes only, actual binding, cover or edition may vary.
This is a used book - there is no escaping the fact it has been read by someone else and it will show signs of wear and previous use. Overall we expect it to be in very good condition, but if you are not entirely satisfied please get in touch with us
Trustpilot