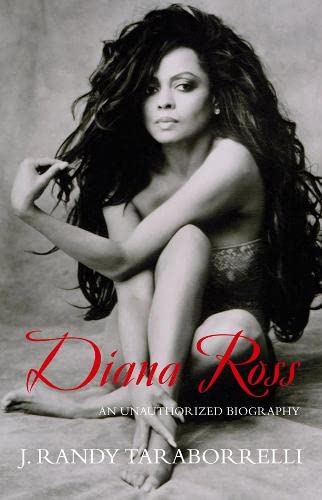 The definitive biography of one of the great superstars of pop music history.

The bestselling author of Call Her Miss Ross, J. Randy Taraborrelli knows and understands Diana better than any other writer and tells her story in vivid detail in a no-holds-barred page-turning fashion.

Diana Ross was raised in the Detroit projects and, through hard work and determination, scaled the heights of superstardom, first as lead singer of the Supremes and then as a solo artist. To this day she remains the grand diva against which all others in show business are measured. This book reveals stunning new details about her combative relationship with the other Supremes, her passionate romance with Berry Gordy, president of Motown, which produced her very own 'Love Child', her surprising two marriages and divorces, her recent startling arrest for drunk driving and her inspiring, triumphant recovery.

Drawing on hundreds of interviews over the course of decades with the star's parents, her siblings, co-stars in the Supremes, and with Diana herself, Taraborrelli paints an unforgettable picture of an extraordinary and often controversial star. Diana has distinguished herself as a Civil Rights trailblazer, a temperamental celebrity, a consumate entertainer, and a loving mother. There is only one Miss Ross. And this is her story.

J. Randy Taraborrelli is a highly-acclaimed biographer, whose bestselling titles include Madonna: An Intimate Biography, Michael Jackson: The Magic and the Madness, Elizabeth, Once Upon a Time: The Story of Princess Grace, Prince Rainier and their Family, Call Her Miss Ross and Sinatra: The Man and the Myth. He is also a CBS-TV news analyst and lives in California.
GOR001715356
9780283070174
028307017X
Diana Ross: The Unauthorized Biography by J. Randy Taraborrelli
J. Randy Taraborrelli
Used - Very Good
Hardback
Pan Macmillan
2007-01-19
640
N/A
Book picture is for illustrative purposes only, actual binding, cover or edition may vary.
This is a used book - there is no escaping the fact it has been read by someone else and it will show signs of wear and previous use. Overall we expect it to be in very good condition, but if you are not entirely satisfied please get in touch with us
Trustpilot