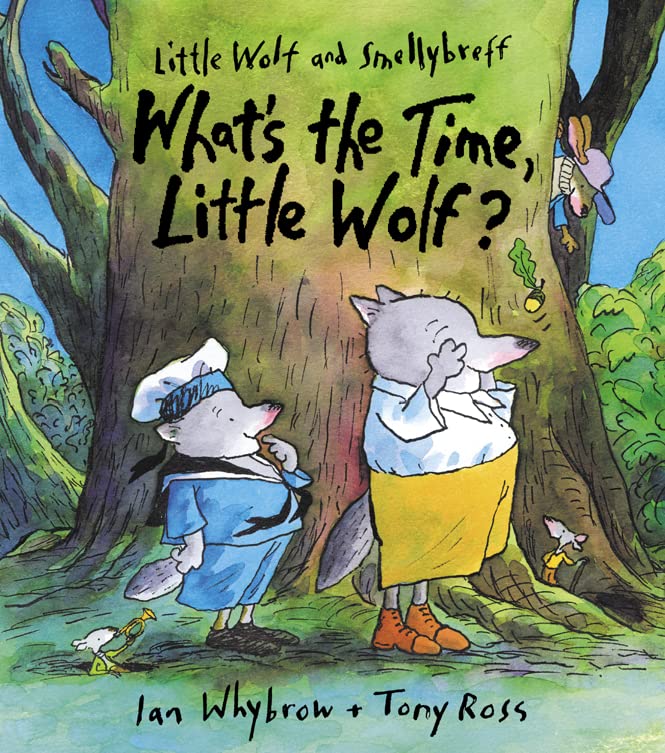 The Wolf family have got no food, so Little Wolf and Smellybreff are sent to get a piggy for supper. But piggies prove extremely hard to catch and it is getting late...

What will the wolf cubs take home to eat?

'Will cheer the heart of any child... delightful drawings of canine naughtness, scary and funny.' Scotland on Sunday

Ian Whybrow was once a teacher of English, and Head of Sixth Form at the John Lyon School in Harrow. Now a full-time author, he specialises in writing humour and this is reflected in his Little Wolf titles as well as his picture books for Collins [Where's Tim's Ted?] and other publishers. His wife, Anne, is also a teacher and one of his daughters is Lucy Whybrow, the actress.

Tony Ross was born in London in 1938. His dream was to work with horses but instead he went to art college in Liverpool. Since then, Tony has worked as an art director at an advertising agency, a graphic designer, a cartoonist, a teacher and a film maker - as well as illustrating over 250 book! Tony, his wife Zoe and family live in Macclesfield, Cheshire.

GOR001214709
9780007143627
0007143621
What's the Time, Little Wolf? (Little Wolf and Smellybreff) by Ian Whybrow
Ian Whybrow
Little Wolf and Smellybreff
Used - Very Good
Paperback
HarperCollins Publishers
20060502
32
N/A
Book picture is for illustrative purposes only, actual binding, cover or edition may vary.
This is a used book - there is no escaping the fact it has been read by someone else and it will show signs of wear and previous use. Overall we expect it to be in very good condition, but if you are not entirely satisfied please get in touch with us
Trustpilot