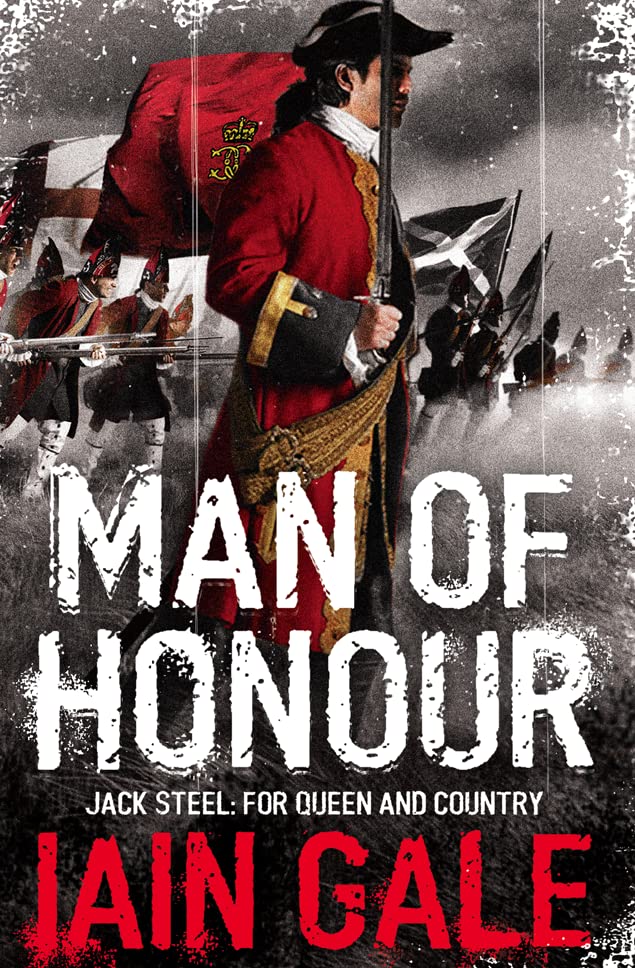 Man of Honour by Iain Gale

The first in a stunning new historical adventure series, perfect for all fans of Sharpe.

Man of Honour by Iain Gale

The first in a stunning new historical adventure series, perfect for all fans of Sharpe.

Upper Bavaria, 1704. The British army, triumphant, fresh from victory, stands proudly to attention, ready to fight for honour and glory. Their enemy is Louis XIV of France, a megalomaniac intent on possessing all Europe.

Among this proud group of men stands Lieutenant Jack Steel, admired by his men, the finest infantry in Queen Anne's army. Much praised for his courage, his strength, and his loyalty, Steel has come to the attention of his Commander in Chief, the Duke of Marlborough.

Tasked with rescuing a letter whose controversial contents could destroy Marlborough, Steel leads his men through the battle of Blenheim, risking death and destruction in the fight for another man's honour. And along the way he is constantly threatened from within by the mellifluous Major Jennings, intent on destroying Steel and all he stands for.

The first in a stunning new series featuring Jack Steel, Man of Honour is historical adventure perfect for all fans of Bernard Cornwell's Sharpe.

Praise for Four Days in June:

`A powerful novel of men at war. A triumph'
Bernard Cornwell

'A debut novel to treasure...brilliantly evoking the horrors and excitements of war'
Publishing News

`A treat for every history buff, and a vivid picture of men at war' Scotland on Sunday

Iain Gale has strong Scottish and military roots. He is editor of the magazine of the National Trust for Scotland and lives in Edinburgh with his family.

GOR001090212
9780007201075
0007201079
Man of Honour by Iain Gale
Iain Gale
Used - Very Good
Paperback
HarperCollins Publishers
2008-04-01
368
N/A
Book picture is for illustrative purposes only, actual binding, cover or edition may vary.
This is a used book - there is no escaping the fact it has been read by someone else and it will show signs of wear and previous use. Overall we expect it to be in very good condition, but if you are not entirely satisfied please get in touch with us
Trustpilot