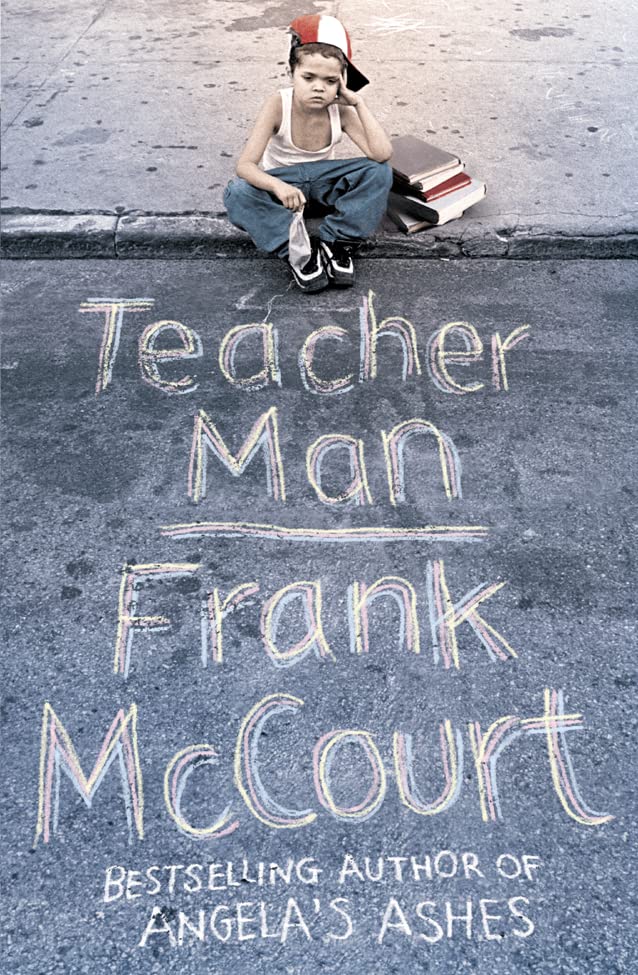 A third memoir from the author of the huge international bestsellers Angela's Ashes and `Tis. In Teacher Man, Frank McCourt details his illustrious, amusing, and sometimes rather bumpy long years as an English teacher in the public high schools of New York City...

A third memoir from the author of the huge international bestsellers Angela's Ashes and `Tis. In Teacher Man, Frank McCourt details his illustrious, amusing, and sometimes rather bumpy long years as an English teacher in the public high schools of New York City...

Frank McCourt arrived in New York as a young, impoverished and idealistic Irish boy - but one who crucially had an American passport, having been born in Brooklyn. He didn't know what he wanted except to stop being hungry and to better himself. On the subway he watched students carrying books. He saw how they read and underlined and wrote things in the margin and he liked the look of this very much. He joined the New York Public Library and every night when he came back from his hotel work he would sit up reading the great novels.

Building his confidence and his determination, he talked his way into NYU and gained a literature degree and so began a teaching career that was to last 30 years, working in New York's public high schools. Frank estimates that he probably taught 12,000 children during this time and it is on this relationship between teacher and student that he reflects in `Teacher Man', the third in his series of memoirs.

The New York high school is a restless, noisy and unpredictable place and Frank believes that it was his attempts to control and cajole these thousands of children into learning and achieving something for themselves that turned him into a writer. At least once a day someone would put up their hand and shout 'Mr. McCourt, Mr. McCourt, tell us about Ireland, tell us about how poor you were ...' Through sharing his own life with these kids he learnt the power of narrative storytelling, and out of the invaluable experience of holding 12,000 people's attention came `Angela's Ashes'.

Frank McCourt was a legend in such schools as Stuyvesant High School - long before he became the figure he is now he would receive letters from former students telling him how much his teaching influenced and inspired them - and now in `Teacher Man' he shares his reminiscences of those 30 years and reveals how they led to his own success with `Angela's Ashes' and `'Tis'.

`McCourt has a compulsion to tell us the story of his life, but he does it so well - modulating beautifully from ventriloquistically exact repro teen-speak to rhapsodic meditations on his midlife crisis - that one couldn't possibly want him to stop. I wish I could have been in one of his classes.' Sunday Times

`This memoir about teaching is unlike any other I have read: relatively mundane events and incidents shine against that backdrop of that pathetic, abused child.' Francis Gilbert, Sunday Telegraph

`In this third memoir, McCourt recounts his years as a high-school teacher in New York, where he would stop at nothing to reach his surly charges. Nine times out of 10, his approach was successful and it is exhilarating to see these generations of tough-talking teenagers blossom.' Observer

GOR000955974
9780007173990
0007173997
Teacher Man by Frank McCourt
Frank McCourt
Used - Very Good
Paperback
HarperCollins Publishers
2006-09-04
288
N/A
Book picture is for illustrative purposes only, actual binding, cover or edition may vary.
This is a used book - there is no escaping the fact it has been read by someone else and it will show signs of wear and previous use. Overall we expect it to be in very good condition, but if you are not entirely satisfied please get in touch with us
Trustpilot