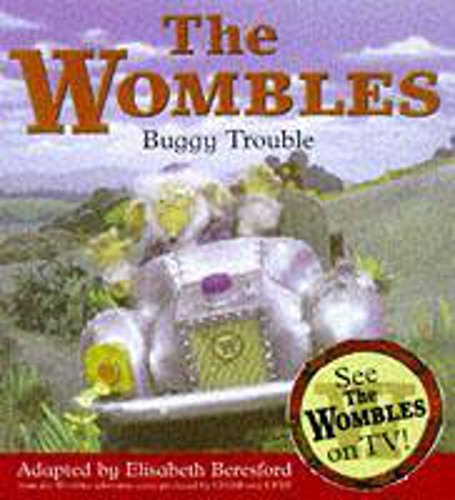 Photographic tie-in book to the new TV series about those popular inhabitants of Wimbledon Common.

A picturebook retelling of the story of one episode from the brand-new TV series, and illustrated with photos from the TV. The Wombles are fondly remembered and have now been given a new lease of life with new adventures, new costumes, new characters, new technology to aid their mission to clear up litter - and with all the charm and appeal of the original TV series!

In this story, Great Uncle Bulgaria decides to move the burrow buggy out of the way but as he has never driven it before, chaos ensues as the car runs away with him. Wellington and Tobermory attempt an air rescue from the Womcopter but in the end, it is Madame Cholet and Alderney who save the day with a giant bowl of cake mix!

The first new TV series has already achieved huge publicity and his will be repated when the new series is shown on ITV from January-March 1999. An extensive range of merchandise (toys and games, food, clothing - children's and adult, stationery, etc) has already been launched and more will be added throughout 1999.

Elisabeth Beresford is a well-known and established children's author who has been awarded the MBE for her services to children's literature. She is best-known for the characters she created 25 years ago - The Wombles.
GOR002077563
9780340746707
034074670X
Wombles Buggy Trouble by Elisabeth Beresford
Elisabeth Beresford
Used - Very Good
Paperback
Hachette Children's Group
1999-05-20
16
N/A
Book picture is for illustrative purposes only, actual binding, cover or edition may vary.
This is a used book - there is no escaping the fact it has been read by someone else and it will show signs of wear and previous use. Overall we expect it to be in very good condition, but if you are not entirely satisfied please get in touch with us
Trustpilot