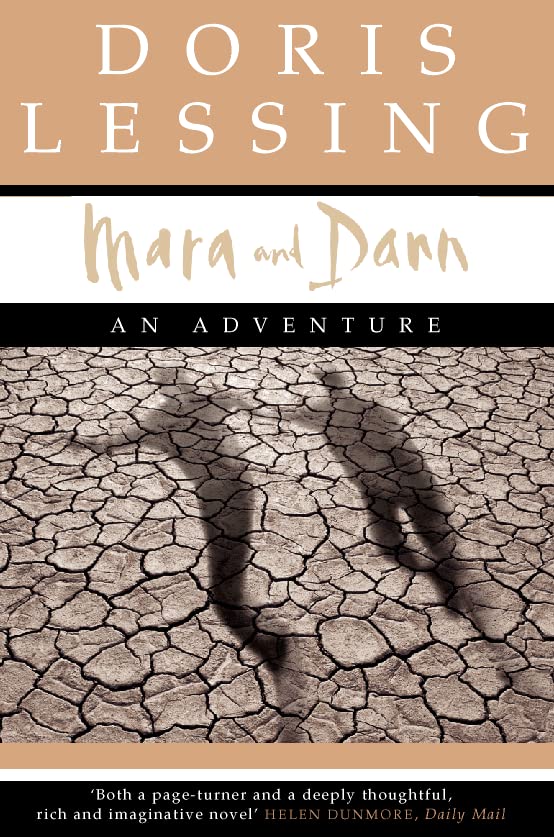 Mara and Dann by Doris Lessing

A visionary novel from Doris Lessing, winner of the Nobel Prize for Literature.

Mara and Dann by Doris Lessing

A visionary novel from Doris Lessing, winner of the Nobel Prize for Literature.

It is sooner than you might think. And the Earth's climate is much changed - it's colder than ever before in the north, and unbearably dry and hot in the south. Mara, who is seven, and her four-year-old brother Dann find themselves somewhere very strange, not home ...

They are taken in by a kindly, grandmotherly woman, but this new life is hard: hunger, dirt, thirst and danger are the children's constant companions. Drought and fire carry off their adoptive home and force them to set off northward into the unknown, to experience a series of adventures that bring them to an altogether altered world, where they can start to learn and build anew.

Doris Lessing has written a compelling, troubling and entertaining novel that, through the remarkable odyssey of a brother and sister living in the imagined future, manages to tell us a great deal about the present we perceive only dimly and scarcely know how to value.

`I hope everyone reads Mara and Dann and it wins all the prizes.' Victoria Glendinning, Literary Review

Doris Lessing is one of the most important writers of the twentieth century and was awarded the Nobel Prize for Literature 2007. Her first novel, 'The Grass is Singing', was published in 1950. Among her other celebrated novels are 'The Golden Notebook', 'The Fifth Child' and 'Memoirs of a Survivor'. She has also published two volumes of her autobiography, 'Under my Skin' and 'Walking in the Shade'. Doris Lessing died on 17 November 2013 at the age of 94.

GOR001144908
9780006550839
0006550835
Mara and Dann by Doris Lessing
Doris Lessing
Used - Very Good
Paperback
HarperCollins Publishers
2000-01-18
416
N/A
Book picture is for illustrative purposes only, actual binding, cover or edition may vary.
This is a used book - there is no escaping the fact it has been read by someone else and it will show signs of wear and previous use. Overall we expect it to be in very good condition, but if you are not entirely satisfied please get in touch with us
Trustpilot