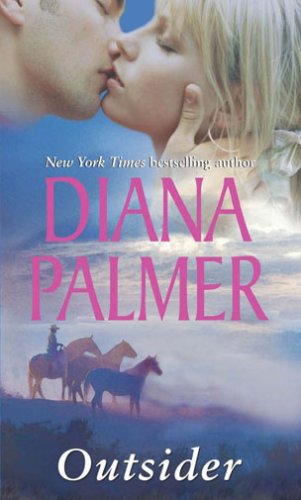 Meet Colby Lane, the Long, Tall Texan Diana Palmer's fans have been clamoring for-a man who is larger than life, and twice as exciting.

Meet Colby Lane, the Long, Tall Texan Diana Palmer's fans have been clamoring for-a man who is larger than life, and twice as exciting.

But the past is never far behind. He's soon enmeshed in plans to trap a notorious drug trafficker, and it seems that his ex-wife, Sarina Carrington-whom he so cruelly left after one day of marriage-may be more involved than she's letting on. Not only that, but Sarina has a six-year-old dark-eyed daughter whose father is mysteriously absent-or is he?

"Sensual and suspenseful... The ever-popular and prolific Palmer has penned another sure hit." - Booklist on Before Sunrise"

The prolific author of more than one hundred books, Diana Palmer got her start as a newspaper reporter. A New York Times bestselling author and voted one of the top ten romance writers in America, she has a gift for telling the most sensual tales with charm and humor. Diana lives with her family in Cornelia, Georgia.

GOR001648859
9780263850062
0263850064
Outsider by Diana Palmer
Diana Palmer
Used - Very Good
Paperback
HarperCollins Publishers
2007-07-06
300
N/A
Book picture is for illustrative purposes only, actual binding, cover or edition may vary.
This is a used book - there is no escaping the fact it has been read by someone else and it will show signs of wear and previous use. Overall we expect it to be in very good condition, but if you are not entirely satisfied please get in touch with us
Trustpilot