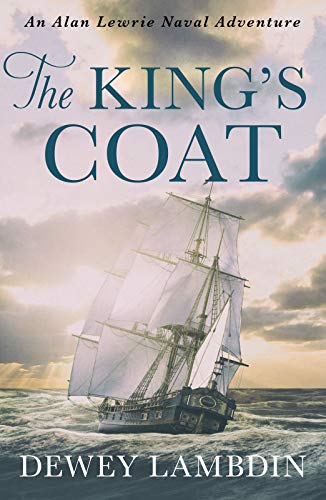 The King's Coat by Dewey Lambdin

The King's Coat by Dewey Lambdin

His exploits echo with the bustle of crowded ports and the crash of naval warfare...

It is 1780 and seventeen-year-old Alan Lewrie is a brash young libertine with a head full of dreams. When he is found in bed with the wrong woman, he is forced to leave his profligacy behind for a new life at sea.

Though sickness and hard labour await him aboard the tall-masted Ariadne, Lewrie finds himself gradually adapting to the world of a midshipman.

But as he heads for the war-torn Americas into a hail of cannonballs, will he ever catch wind of the plot brewing against him back at home?

Praise for The King's Coat

Dewey Lambdin is an American nautical historical novelist. He is best known for his Alan Lewrie Naval Adventures series, spanning the American Revolution and the Napoleonic Wars. A member of the U.S. Naval Institute and a Friend of the National Maritime Museum in Greenwich, England, he spends his free time working and sailing. Besides the Alan Lewrie series, he is also the author of What Lies Buried: a novel of Old Cape Fear.
GOR010009106
9781788634021
1788634020
The King's Coat by Dewey Lambdin
Dewey Lambdin
The Alan Lewrie Naval Adventures
Used - Very Good
Paperback
Canelo
2019-04-11
416
N/A
Book picture is for illustrative purposes only, actual binding, cover or edition may vary.
This is a used book - there is no escaping the fact it has been read by someone else and it will show signs of wear and previous use. Overall we expect it to be in very good condition, but if you are not entirely satisfied please get in touch with us
Trustpilot