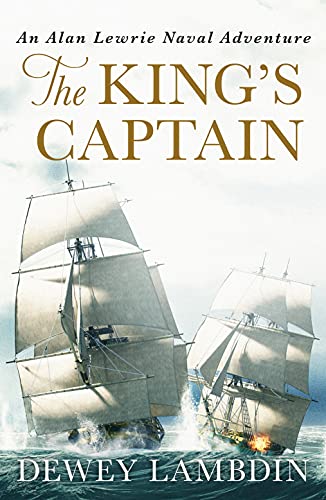 The King's Captain by Dewey Lambdin

The King's Captain by Dewey Lambdin

Alan Lewrie, our rakish captain, is promoted for his quick action in the Battle of Cape St. Vincent. Captain Horatio Nelson has gone against orders by breaking out to pursue his own instincts against an enemy division, and Lewrie gets sucked into the action against his much better judgment. But Nelson's success gets him promoted to Rear Admiral and wins Lewrie a fine new frigate, HMS Proteus.

But before he's even had a chance to settle into his new role, the terrible and widespread mutinies of Spithead and the Nore rage through the fleet. Together with the sudden reappearance of an old enemy, it has Lewrie fighting not just for his command, but for his life...

The King's Captain, ninth in The Alan Lewrie Naval Adventures, is perfect for fans of Philip McCutchan, Julian Stockwin and Patrick O'Brian.

NPB9781800320222
9781800320222
1800320221
The King's Captain by Dewey Lambdin
Dewey Lambdin
The Alan Lewrie Naval Adventures
New
Paperback
Canelo
2021-07-22
368
N/A
Book picture is for illustrative purposes only, actual binding, cover or edition may vary.
This is a new book - be the first to read this copy. With untouched pages and a perfect binding, your brand new copy is ready to be opened for the first time
Trustpilot