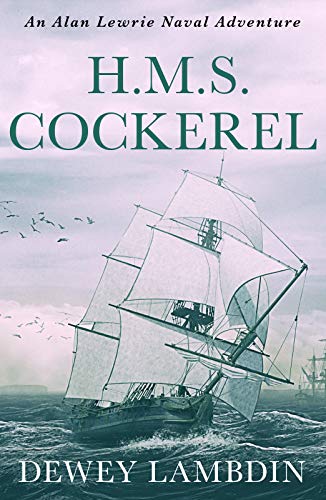 It is 1793, and Alan Lewrie, swashbuckling naval warrior turned family man, longs for battle. Oppressed by life as a gentleman farmer, when revolutionary France draws Britain into war, Lewrie is only too pleased to answer the navy's call.

But life aboard the H.M.S Cockerel is marred by a malaria-stricken tyrant of a captain and a restless crew. When the war escalates Lewrie finds himself at the Battle of Toulon where he meets a dashing young Napoleon Bonaparte. Outnumbered three to one, Lewrie takes on the French in a desperate bid to help the Royalists escape...

Dewey Lambdin is an American nautical historical novelist. He is best known for his Alan Lewrie Naval Adventures series, spanning the American Revolution and the Napoleonic Wars. A member of the U.S. Naval Institute and a Friend of the National Maritime Museum in Greenwich, England, he spends his free time working and sailing.
GOR010865089
9781788638227
1788638220
H.M.S. Cockerel by Dewey Lambdin
Dewey Lambdin
The Alan Lewrie Naval Adventures
Used - Very Good
Paperback
Canelo
20200820
400
N/A
Book picture is for illustrative purposes only, actual binding, cover or edition may vary.
This is a used book - there is no escaping the fact it has been read by someone else and it will show signs of wear and previous use. Overall we expect it to be in very good condition, but if you are not entirely satisfied please get in touch with us
Trustpilot