I Own You Dawn McConnell 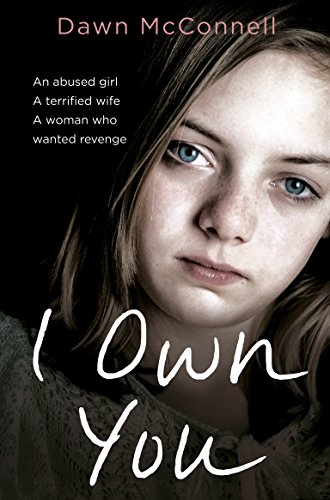 I Own You by Dawn McConnell

I Own You: An Abused Girl, a Terrified Wife, a Woman Who Wanted Revenge by Dawn McConnell

Powerful and inspiring, I Own You is the shocking story of how one woman overcame her harrowing past to find happiness on her own terms.

To the outside world, Dawn McConnell was a successful businesswoman. No one knew that every waking minute of her day was controlled by her husband Stuart. She had been subjected to years of coercion - belittled, threatened and hit. He told her that she belonged to him, that he would do horrific things to her if she left.

Dawn met Stuart when she was fourteen. She had already been abused by her older brother as a child and was all too easily groomed by this local businessman who seemed to love her. Pregnant at sixteen, rejected by her parents, she ended up marrying him. And then it started, the long campaign to break her. She was forced to work all hours for Stuart, making money for him to spend. Then one day Dawn found the strength to fight back - against the brother who abused her, and the husband who made her life hell. To have her freedom and get revenge on Stuart she would risk losing everything . . .

Dawn is a successful businesswoman. Happily married to her second husband, she lives in Scotland.
GOR008119239
9781509830886
150983088X
I Own You: An Abused Girl, a Terrified Wife, a Woman Who Wanted Revenge by Dawn McConnell
Dawn McConnell
Used - Like New
Paperback
Pan Macmillan
2016-08-29
416
N/A
Book picture is for illustrative purposes only, actual binding, cover or edition may vary.
The book has been read, but looks new. The book cover has no visible wear, and the dust jacket is included if applicable. No missing or damaged pages, no tears, possible very minimal creasing, no underlining or highlighting of text, and no writing in the margins
Trustpilot